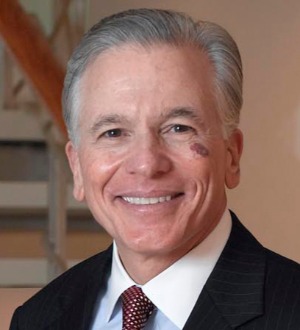 A partner in the firm’s Insurance Coverage & Commercial Litigation Practice Groups, Bill litigates before trial and appellate courts throughout the United States.

He has represented insurers in the September 11 World Trade Center Liability Coverage Litigation, the BPA-Plastic Products Coverage Litigation, and Shell Oil Company v. Aetna Casualty and Surety Company . He has served as counsel for insurers in the defense of class actions involving
underwriting and claim procedures and numerous insurance coverage claims and suits ranging from intellectual property liabilities and business torts to national environmental, antitrust, and reinsurance claims.

Bill served as lead counsel in Nassau County’s suit opposing financial oversight by the Nassau Interim Finance Authority and in suits against the County regarding certain tax-related claims.

An active speaker across the United States, Bill has presented workshops on reinsurance, fracking liabilities, medical monitoring “no injury” suits, privacy, terrorism-related liabilities, and the relationship between primary and excess insurers.

Bill also serves on the distinguished panel of neutrals at National Arbitration Mediation.

New York State’s Chief Judge named Bill to the Advisory Committee tasked with making recommendations with respect to the implementation of a pro bono service requirement for attorneys seeking admission to the New York Bar and the Commercial Division Advisory Council regarding the review of the rules of the New York State Supreme Court’s Commercial Division. The Board of Directors of the New York Bar Foundation elected Bill a Fellow of the Foundation on November 1, 2014.