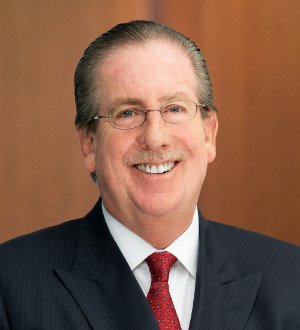 Recognized by Best Lawyers® since 2006.
One North Wacker Drive, Suite 4400 Chicago, Illinois 60606-2833
(312) 357-1313
|
Firm: Barnes & Thornburg LLP
|  Website
Edit Profile
Edit Your Profile
To edit your Lawyer Directory information, please login to your
Best Lawyers® Admin Account.
If you have any questions or need assistance, please contact us at info@bestlawyers.com or 803.648.0300.
Overview
Firm

Bill has tried more than 40 commercial litigation cases, including the first civil RICO action in the Northern District of Illinois. He has handled a variety of complex, high-stakes commercial cases in courts and before arbitrators throughout the country, defending and prosecuting RICO, securities fraud and common law fraud claims at trial and on appeal.Bill has also tried franchise, contract, professional malpractice, UCC, ERISA, lender liability, partnership and corporate dissolution and freeze-outs, trade regulation, trade secret, and real estate broker disputes. In addition, he has defended his client’s rights in business torts and construction and real estate disputes.

Bill regularly prosecutes and defends multi-million dollar cases, including bet-the-company cases where the result will determine whether or not his client stays in business.