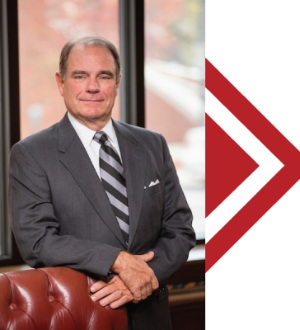 William Jackson 'Jack' Butt II was born in Fayetteville, Arkansas, in 1950. Jack was admitted to the Virginia bar in 1975 and the Arkansas bar in 1981. He received his B.A. in 1972 from the University of Virginia and his J.D. with Honors in 1975 and LL.M. in Taxation in 1979 from The National Law Center of George Washington University. He joined the firm in 1981 after four years' practice with the Army Judge Advocate General's Corps and two years' private practice in Fairfax, Virginia. Jack regularly litigates in state and federal courts and before various administrative agencies.

He was first qualified as an Arkansas Board Recognized Tax Specialist in 1986; has been rated preeminent by Martindale-Hubbell (highest legal ability and ethical rating) since 1994; was recognized by the Arkansas Times 1995 and 2000 polls as one of the top 10 business lawyers in Arkansas; is listed in Best Lawyers in America in the area of Trusts and Estates, Litigation- Trusts and Estates, and Construction Land, and Super Lawyers in the area of Business Litigation and closely held business. Jack is an emeritus member of the William B. Putman Inns of Court; was President of the Washington County Bar Association in 1996-1997; and served as President of the Northwest Arkansas Estate Planning Council from 2004-2006. He received the Arkansas State Bar Association's Outstanding Lawyer Citizen Award for 1999-2000. Jack is a member of the Washington County and Arkansas Bar Associations, and is admitted to practice before the United States Tax Court and the United States Supreme Court.