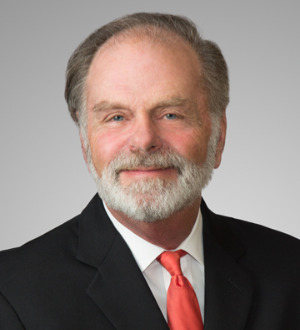 Bill Neal handles the most complex family law cases but his approach is very simple: protect the client at every turn. Sometimes that means delicate settlement negotiations; other times it’s fighting a court battle. In every situation, Bill is aggressive and thorough and he represents every client with the same unwavering dedication. Bill specializes in divorce cases involving large estates, family-owned businesses complicated custody arrangements. He takes interest in protecting children from a convoluted legal process, offering objective counsel and a caring perspective. In addition, Bill handles contested probate and estate litigation cases when things don’t go according to plan. His enthusiastic representation in probate litigation and family law cases is what sets him apart as a true champion for clients.

Deeply committed to continuing legal education, Bill’s pursuit of knowledge keeps him on the forefront of changes in family law and how those changes impact his clients. He is Board-Certified in Family Law by the Texas Board of Legal Specialization, and a member of the Texas Academy of Family Law Specialists as well as the Annette Stewart Inns of Court. In 2009 and 2013, Neal volunteered with the Texas Family Law Foundation serving as a nonpartisan educational resource for family law related bills in the Texas Legislature. He has an AV-rating from Martindale-Hubbell, a 5.0 out of 5.0 peer review rating that reflects the highest level of professional excellence and has been selected for inclusion on the list of Texas Super Lawyers, published by Thomson Reuters, in 2009, 2010, 2011, 2012, 2013, 2014, 2015, 2016, 2017, 2018, 2019 and 2020.

Bill became a Texan when he attended Southern Methodist University School of Law in Dallas, Texas. While getting his law degree, he was selected for service on the Southwestern Law Journal and served as the Journal’s Research Editor for the 1972-1973 school year. Bill was among the first to serve in the newly established SMU Legal Clinic as a law student, providing free legal services to the local community.

In college, Bill was an athlete and a leader, as the quarterback for the University of Arizona football team, President of his Senior class, a member of Sophos, Chain Gang, and Bobcats Men’s honoraries. Bill was also listed in Who’s Who in American Colleges and and served two terms as President of his chapter of the Sigma Chi men’s fraternity before graduating with honors in 1970.

Bill grew up in Prairie Village, Kansas and is a graduate of Shawnee Mission East High School. He enjoys playing golf and spending time with his family. Bill and his wife Shelli have two grown sons.