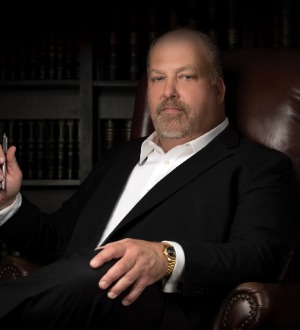 William A. Munck is the managing partner of Munck Wilson Mandala.  He is a member of the executive committee and chairs the firm’s technology/intellectual property law group. Mr. Munck has more than 27 years of experience counseling clients regarding development of market-focused offensive and defensive intellectual property portfolios. His technical expertise is in the hardware, software, firmware, gaming,  wired/wireless communication, energy, defense medical device/healthcare fields.

Mr. Munck is known as an attorney who will never give up the fight for his clients. In 2010, he was named as one of the top defenders in the North Texas region by the Dallas Business Journal and he has been the leader of one of the strongest intellectual property legal teams in North Texas for 20 years, with 40 registered patent attorneys.  In 2017, in an interview with D CEO magazine, the reporter referred to Mr. Munck’s law firm as a “Dallas intellectual property law powerhouse.” That same year, Mr. Munck was named a Distinguished Leader by Texas Lawyer and in 2018, his law firm was named Litigation Department of the Year finalist in the mid-sized firm category.

Mr. Munck began his career with a full-service Texas-based law firm and a prominent New York IP litigation boutique. He also worked for several years as a lead software engineer and project manager with Axiom Systems, Inc. in New York, where he managed a design team responsible for designing and developing an industrial laboratory control system.

Mr. Munck is highly ranked by Chambers and Partners USA in intellectual property law. Clients interviewed by Chambers refer to him as “the go-to guy for litigation, prep prosecution,” adding: “You can get hold of him 24/7, particularly in a crisis,” and: “He understands the business use of the patent.”

Mr. Munck has been selected by his peers annually as a Texas Super Lawyer and a Best Lawyer in America in intellectual property.  Recently, Mr. Munck was added to the list of Distinguished Alumni by his law school, the Maurice A. Deane School of Law at Hofstra University.