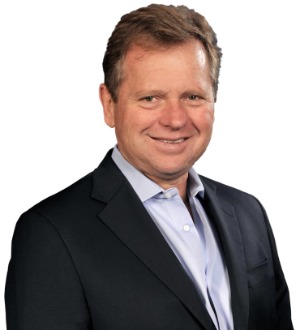 Recognized by Best Lawyers® since 2010.
777 Alderman Road Palm Harbor, Florida 34683
(800) 226-6581
|
Firm: Florin Roebig, P.A.
|  Website
Edit Profile
Edit Your Profile
To edit your Lawyer Directory information, please login to your
Best Lawyers® Admin Account.
If you have any questions or need assistance, please contact us at info@bestlawyers.com or 803.648.0300.
Overview
Firm

Wil H. Florin was born in Salzburg, Austria and raised in Ft. Wayne, Indiana. He received his B.A. from Ball State University where he was captain of the varsity soccer team and President of the University’s largest social fraternity (Sigma Phi Epsilon). He obtained his Juris Doctorate from Stetson University College of Law in 1980 where he won the school Moot Court competition and was a State Moot Court finalist. The Law School campus (which is perennially recognized by U.S. News and World Report as the nation's top law school for trial advocacy) includes the Florin|Roebig Courtroom, one of the largest and most technologically advanced teaching courtrooms in the country. He has remained actively involved with the law school since graduation, having served as an Adjunct Professor in Trial Practice, as well as a host and keynote speaker for the annual “Friends and Family Day” event. Wil was recently selected to serve a four (4) year term as a member of the Stetson University Board of Trustees. In addition, he is serving his second three (3) year term as a member of the Stetson University College of Law Board of Overseers. In 2007, the Stetson Lawyers Association awarded Wil and his partner Thomas D. Roebig, Jr. it's annual outstanding alumni award (Paul May Meritorious Service Award). Wil has lectured to trial groups across the Country. He is licensed to practice law in the states of Texas (1980) and Florida (1982). He is also admitted to practice in the United States District Court for the District of Colorado. He has been Board Certified as a Civil Trial Lawyer by both The Florida Bar since 1988 and The National Board of Trial Advocacy since 1990. Wil is also Board Certified as a Civil Pretrial Practice Advocate by the National Board of Trial Advocacy.

Wil has been repeatedly named by his peers to “Best Lawyers in America” (one of only two Pinellas/Pasco plaintiff’s medical malpractice attorneys selected), “Leading American Attorneys,” “Florida Super Lawyers” and “America’s Leading Plaintiff’s Lawyers.” He has obtained Martindale-Hubbell’s highest peer rating for both ethics and legal ability. Wil was selected by The National Trial Lawyers Association as one of the Top 100 Trial Lawyers in Florida each of the past eight (8) years. In what is an infrequent occurrence for the Tampa Bay Times, the newspaper in 2010 published a feature article on Wil’s successful legal career (see section below). In October 2018, Wil became only the 89th inductee to the Stetson University College of Law’s Hall of Fame in the 118-year history of the school. The honor of being selected for membership to the Stetson Hall of Fame is bestowed upon alumni who have reached and remained at the pinnacle of their fields and have had a profound impact upon the College of Law.

Wil’s hobbies include soccer and karate. He was named M.V.P. of the 1976 Indiana College All-Star Soccer game and holds a Black Belt in Isshinryu Karate.