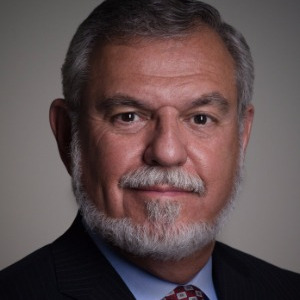 WAYNE N. OUTTEN is Chair and Founding partner of Outten & Golden LLP. He was the Managing Partner from the founding of the firm in 1998 until the end of 2018. His practice focuses exclusively on representing individuals in all areas of employment law. He co-chairs the firm’s Executives and Professionals and Whistleblower Retaliation Practice Groups.

Mr. Outten was selected by his peers as one of the “Best Lawyers in America” every year since 1987 and as one of New York’s Super Lawyers, where he is listed as one of the Top 100 New York Metro Super Lawyers every year since 2006. Best Lawyers designated him "Lawyer of the Year 2010" for Labor and Employment Law - New York City and "Lawyer of the Year 2012" for Litigation - Labor and Employment in New York City. He was selected for the Lawdragon 500 Leading Lawyers in America every year from 2005 through 2013, and for the Lawdragon 500 Leading Litigators in America in 2006.  Mr. Outten has been an AV Preeminent Rated Lawyer in the LexisNexis Martindale-Hubbell Top Rated Lawyers since 1992.

Mr. Outten was a Co-Founder in 1993 of Workplace Fairness, a charitable/educational organization, and is its current President. He is Co-Founder and Co-Chair of the Lawyers International Network for Employees and Executives (LINEE).

Mr. Outten received his B.S. from Drexel University in 1970 and his J.D. from New York University School of Law in 1974, where he was an Arthur Garfield Hays Civil Liberties Fellow.

(*Prior results do not guarantee a similar outcome.)