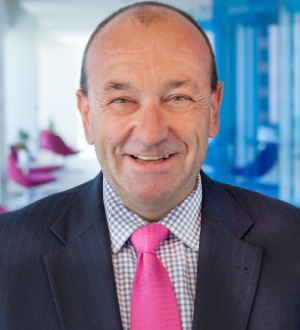 Scott O’Connell is past chair of the Litigation Department and a former member of the firm's Management Committee. He is a trial lawyer known for his perseverance, strategic thinking and value driven service for clients. Scott focuses in class action and aggregate litigation and corporate governance and control contests. He is currently representing financial services and health care companies in high exposure disputes with associated significant reputational harm in parallel civil, criminal and regulatory proceedings.

I currently focus my practice in three areas of risk exposure:

Class actions are costly and disruptive because they attack products, services and business processes. The exposure can be substantial. I work closely with businesses to find and implement solutions that limit accruing exposure while also defending the case.

Catastrophic events, health and safety issues or corporate integrity matters can destroy a company. Intervening quickly to manage the parallel criminal, regulatory and civil proceedings as well as the challenges presented by social media is essential to restore the brand. I have considerable experience counseling companies through these types of emergent situations.

I counsel and defend directors, officers, members and trustees of public, private and nonprofit charitable institutions for claims arising from their duties. I represented outside directors of a bank holding company sued for civil RICO, joint ventures in technology companies for breach of fiduciary duties and shareholders in closely held businesses in control contests.