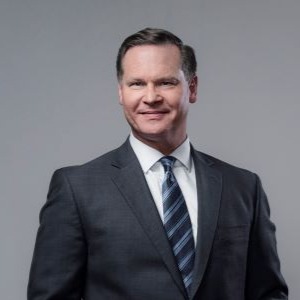 Lee Gresham is a native Alabamian who attended and graduated from both of the state’s largest universities. He attended Auburn University, from which he earned a degree in English, and he earned his law degree from the University of Alabama School of Law. Since graduating from law school, Lee has devoted the last 30 plus years to representing individuals and businesses in complex injury, product liability, toxic exposure, medical, business and commercial disputes. Lee has represented hundreds of individuals who have developed serious injuries or who have died as a result of exposure to asbestos or other toxic substances, medical negligence, or as a result of taking dangerously defective pharmaceutical drugs. Lee also regularly represents individuals and companies in complex cases involving securities fraud, breach of contract, shareholder claims, business interference, patent infringement, and other types of commercial disputes.

Lee takes a personal interest in his clients and their needs, and he believes that getting to know his clients is critical to his role as an advocate and as a counselor. In addition to his work as a “trial lawyer,” Lee has served as corporate counsel for two national companies and one international company, and he has served as Chairman of the Board of Directors for a national retail company. Among other distinctions, Lee has long held an “AV” rating by Martindale-Hubbell, which is the premier rating publication for lawyers. This means that he has been recognized by  his peers for achieving “the height of professional excellence” and for exhibiting “the highest levels of skill and integrity.”

When he is not practicing law, Lee spends time with his family and friends, plays golf, exercises, read novels, and watches Alabama football and basketball. Lee and his family attend Mountain Brook Community Church where he is an elder and a frequent teacher. Lee and his wife, Barclay, have been married for 25 years, and they have a daughter, Brooke, who is a senior in college, and a son, Dru, who is a senior in high school.