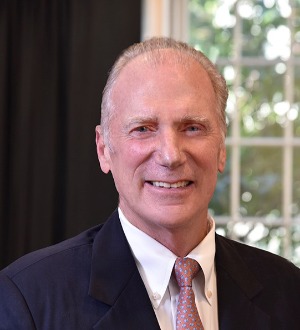 W. John Funk has been practicing law for over 45 years with extensive experience in the government and private sectors. Engaged in a general business practice with specialties in financial services law and timeshare law, John has been chosen among The Best Lawyers in America for the excellence of his work. His articles have been published in American Banker. He regularly lectures on topics affecting the financial services industry.

He actively participates in the drafting and passage of laws and regulations in the financial services and timeshare areas. He has extensive experience representing financial services companies regarding their business activities, regulatory matters, corporate affairs and mergers and acquisitions. In addition, he represents timeshare developers and management companies regarding the development, registration and administration of timeshare resorts. He is a Registered Resort Professional, a designation of the American Resort Development Association (ARDA), where he serves on the State Legislative Committee, and is an active participant and speaker in the association's regional and national events.

Prior to joining the firm, John clerked for New Hampshire Supreme Court Justice Frank Kenison. He also was appointed assistant attorney general in charge of the Consumer Protection and Antitrust Division. In that position, he advocated the interest of the public before the New Hampshire General Court and was responsible for the passage of many of the state's consumer protection laws that exist today. As assistant attorney general, he served under Warren Rudman, former United States Senator, and David Souter, former United States Supreme Court Justice.

John has served on the steering committee for the Campaign for Legal Services, which raises funds for New Hampshire Legal Assistance, Legal Advice and Referral Center and New Hampshire Bar Association’s pro bono program. He has been chairman of the board of trustees of the Concord Community Music School and vice-chairman of the Town of Gilmanton Planning Board.