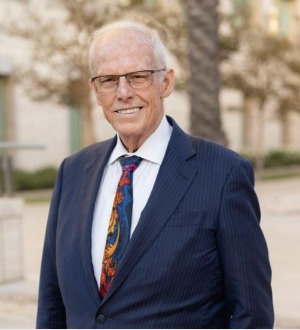 Doug Easton, the founder of the Law Offices of W. Douglas Easton, has practiced law since 1971.  Over his career, Doug has represented thousands of people in personal injury claims who have sustained all manner of injuries in all types of accidents through the negligence or wrongdoing by other individuals, businesses, or governmental entities.

Doug has served as an Orange County Superior Court Temporary Judge and as an arbitrator and settlement judge for the Orange County Superior Courts.  He has argued cases before the Ninth Circuit Court of Appeals, the California Supreme Court, and various Appellate Courts of the state of California. Doug has tried cases in Orange, Los Angeles, Riverside, San Diego, San Bernardino, Imperial, and Alameda counties in California.  He has also represented clients in most other California counties.

Doug and his wife Rae have seven children. His oldest son, Brian, and his second youngest son, Matt, and his son-in-law, Russ, all work as attorneys for the firm.  In addition, Doug’s daughters, Dee and Kristy, have each worked for the firm at different times throughout their lives and his wife Rae is currently the Office Manager. This familial nature within the firm gives common purpose and success to the firm.  Doug is especially proud that all five of his sons are Eagle Scouts.