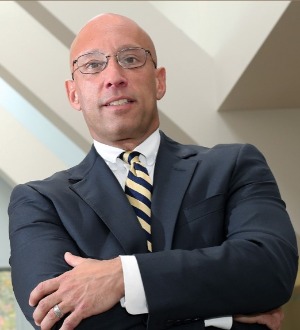 Vincent M. Marino is co-chair of Cohen and Wolf's MunicipalGroup and is a principal in the Land Use & Zoning, Litigation, and Bankruptcy Groups. Mr. Marino is resident in the firm's Orange office, and has an extensive legal practice administering zoning, planning and wetland matters before municipal land use boards and commissions. Mr. Marino practices in state and federal court handling complex disputes for individuals, businesses and municipalities in the areas of municipal law, commercial and construction litigation, and bankruptcy.

Mr. Marino presently serves as town attorney for the Towns of Orange, Derby, North Branford, Seymour, Stratford and Monroe. He serves as the Governor's representative on the Policy Board of the South Central Connecticut Regional Water Authority, as a member of the Connecticut Commission on Compensation of Elected officials and Judges and as a representative of the Connecticut Bard Association’s House of Delegates for District 9. Mr. Marino also serves on the Board of Directors of the Orange Chamber of Commerce and is a founding member of Saving Orange Residents In Need, a local charity serving his community of Orange, CT.

In 2017, Mr. Marino co-authored the LexisNexis Practice Guide: Connecticut Administrative Law, 2017 Edition. Mr. Marino is recognized by Super Lawyers (2016-2019) for his work in the area of General Litigation, and by Best Lawyers in America© (2018-2019) for his work in Municipal Law. In 2009, Mr. Marino was named a Rising Star by Business New Haven, and in 2004, he received the prestigious New Leaders of the Law Award sponsored by the Connecticut Law Tribune, an award that honors Connecticut lawyers who demonstrate leadership, innovation and dedication within their profession and communities.

Mr. Marino is the former chairman of the Orange Republican Town Committee and past President of the Orange Young Republicans. Mr. Marino previously served on the Paralegal Advisory Board for the Sacred Heart University Paralegal Program in Trumbull, Connecticut. He is a member of the Milford Chamber of Commerce and has served as a mentor for the Bridgeport Bridge Academy. The Boy Scouts of America Connecticut Yankee Council honored Mr. Marino at their annual Good Scout Luncheon in 2013.

Mr. Marino received his B.A. in 1993 from the State University of New York at Binghamton and his J.D. in 1996 from Quinnipiac University School of Law.