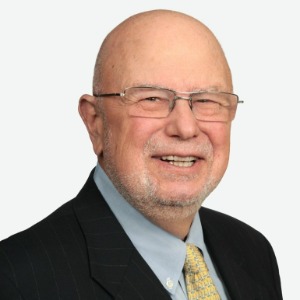 Vincent J. Syracuse is a founding partner of Tannenbaum Helpern’s Litigation & Dispute Resolution practice. With over 50 years of litigation experience, he has earned a reputation as a problem-solver, a strategic tactician and an aggressive advocate for clients. Acknowledged by Super Lawyers, which recognizes 5% of attorneys annually, as one of the Top 100 Lawyers in the New York Metro area, Vince represents clients in complex commercial litigation in the New York State and Federal Courts on the pre-trial, trial and alternate dispute resolution forums including mediation and arbitration. A frequent speaker and author on the nuances of New York legal practice, Vince regularly advises out of state lawyers and firms on practice in the New York courts and acts as their local counsel. He often serves as a mediator in cases where his help is sought to resolve commercial disputes and is the person other attorneys call upon as an expert witness on various aspects of attorney professionalism.

Vince also handles cases involving law and accounting firm malpractice and is routinely consulted on ethical and professional responsibility issues. He is experienced in handling matters on the appellate level including cases in the New York Court of Appeals, where early on in his career he was a law clerk.

In February 2022 he was honored by the New York State Bar Association (NYSBA) with the Sanford D. Levy Professional Ethics Award in recognition of his contribution to an understanding of professional ethics. Active in numerous bar association activities and frequently chairs or participates in continuing legal education programs for judges and lawyers on various commercial litigation topics, Vince

Vince has been equally active outside of the bar associations to increase the efficiency of commercial ligation in New York.

Vince has been selected for inclusion in the 2021 and 2022 Edition of Best Lawyers and New York Super Lawyers from 2006 through 2021 every year that selections were made.