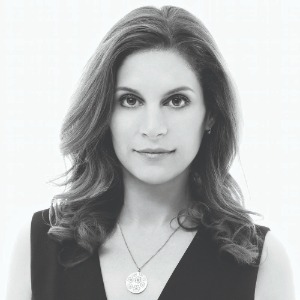 She is immersed in both the independent and Hollywood worlds, and her clients often work in all aspects of the entertainment business -- from major studio films to cutting-edge political documentaries. Crain’s New York Business included her on their 2022 Notable Women in Law list. She is recognized by Variety in its 2021 Dealmakers Impact Report. She was also recognized by Variety in its 2020 Legal Impact Report and it's 2020 New York Women’s Impact Report. She appeared in Variety’s 2019 Dealmakers Elite NY Issue and it's 2019 Legal Impact Report as one of the country’s top 50 “game changing” entertainment lawyers. Crain’s New York Business named her a NYC “Leading Woman Lawyer,” and the New York Law Journal included her in its inaugural “Top Women in the Law” list. She has been named a “Super Lawyer” for the New York area by Super Lawyers magazine and a top lawyer in entertainment law by Best Lawyers. She also was recognized in the 2022 edition of The Legal 500 for her expertise in entertainment law matters, and in the 2013 edition of The Legal 500 for her expertise in copyright law matters. She received the “Women Who Dared” award by The National Council of Jewish Women in 2017.

Ms. Cook is also a frequent public speaker who lectures regularly on film and television finance and production at film schools, law schools, and producer conferences, including NYU/TISCH, Columbia, University of Pennsylvania Law School, the Independent Feature Project, and the Producers Guild of America. She has appeared on numerous panels at all the major film festivals and markets, including Cannes and Sundance. She is a regular mentor at the Sundance Institute Creative Producing Conference as well as the Sundance Institute Catalyst Conference for film investors. She has moderated the State of the Union panel at the Sundance Summit for the last several years and in 2013 was one of the keynote speakers. Ms. Cook is a founding board member of the Jewish Story Partners film foundation and a member of the Advisory Board for the Hamptons Film Festival.