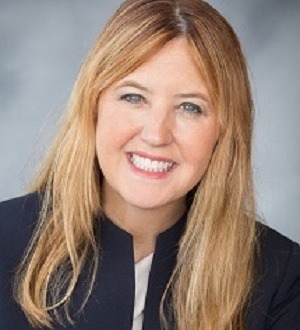 Recognized by Best Lawyers® since 2014.
6605 University Avenue Suite #101 Middleton, Wisconsin 53562
(608) 661-6300
|
Firm: Tracey Wood & Associates
|  Website
Edit Profile
Edit Your Profile
To edit your Lawyer Directory information, please login to your
Best Lawyers® Admin Account.
If you have any questions or need assistance, please contact us at info@bestlawyers.com or 803.648.0300.
Overview
Firm

Years In Practice
Phone Number (608) 661-6300
Attorney Tracey A. Wood , founder and owner of Tracey Wood & Associates is an accomplished criminal defense attorney who represents clients in the Madison, Wisconsin area.    She focuses her practice on defending the rights of individuals whether they are charged with drunken driving or more severe criminal charges including murder and federal conspiracy.
She is known throughout the legal community as the foremost authority on Wisconsin OWI DUI laws and has been hailed for her defenses and successful trial and case record.
Ms. Wood has been pioneering new frontiers for women in law since she entered practice in 1992. She is the first attorney from Wisconsin ever appointed as a Standardized Field Sobriety Test Instructor, and first Wisconsin attorney to be appointed to the Board of Regents to the National College for DUI Defense held at Harvard Law School. She chairs the Wisconsin Association of Criminal Defense Lawyers Strike Force for the state's largest association for criminal defense lawyers and has previously served as the President of that organization. She has authored several articles on defense against drunk driving charges including Challenging Prior Under Influence Convictions, an article discussing U.S. v. Gant in the Wisconsin Law Journal, and she has contributed to the national DUI attorneys' bible by Taylor & Oberman, entitled "Drunk Driving Defense".
She has also won many appeals in both the Wisconsin Appellate System (most recently City of Beloit v. Steven Herbst) and the 7th Circuit Court of Appeals in Chicago (i.e. U.S. v. Andres Perez).
What legal services does this lawyer offer?
Appellate Practice
Criminal Defense: General Practice
DUI/DWI Defense
Awards
Languages
English
Education
University of Wisconsin - Madison, J.D.
Graduated 1992
Marquette University, BA
Graduated 1988
Contact Details and Office Locations
Other: (608) 661-6300
6605 University Avenue Suite #101
Middleton, Wisconsin 53562
Middleton, Wisconsin 53562
See Location