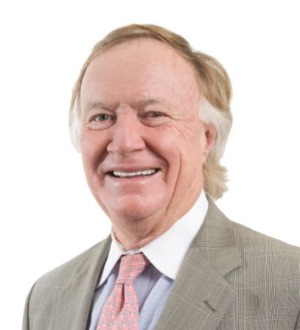 Recognized by Best Lawyers® since 2006.
1900 Pearl Street Austin, Texas 78705
(512) 430-4844
|
Firm: Howry, Breen & Herman, LLP
|  Website
Edit Profile
Edit Your Profile
To edit your Lawyer Directory information, please login to your
Best Lawyers® Admin Account.
If you have any questions or need assistance, please contact us at info@bestlawyers.com or 803.648.0300.
Overview
Firm

Tim Herman is a partner with Howry, Breen & Herman LLP, and has practiced more than 40 years as a commercial trial attorney, representing both individuals and companies.  He has tried dozens of case to verdict throughout Texas and in other states. Mr. Herman has established a consistent reputation as one of the top commercial litigators in the state. He has been recognized by his peers as a Super Lawyer by Texas Monthly Magazine each year since 2004, and he was selected for inclusion in The Best Lawyers in America (copyright by Woodward/White Inc.) in 2009 in the fields of ‘Bet the Company’ and ‘Commercial Litigation.’ He has also been named to the Best of the Bar by the Austin Business Journal. In 2008, Mr. Herman received the prestigious recognition as a Pro Bono Champion by the Texas Civil Rights Project.