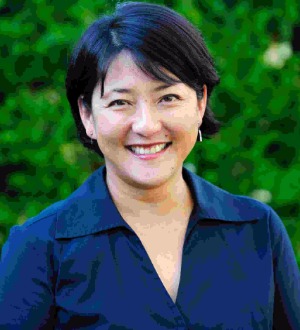 Tien-Li (“TL”) Loke Walsh is the Principal of Loke Walsh Immigration Law, PC. Ms. Loke Walsh has practiced exclusively in the field of immigration law since her admission to the California State Bar in 1997. Originally from Malaysia, she graduated from the University of Sydney, Australia with a B.A. in Political Science and History, and received her law degree from Boston University School of Law.

Ms. Loke Walsh was recently selected as the 2015 Best Lawyers in America® “Lawyer of the Year” in immigration for Los Angeles. In addition to Best Lawyers in America®, she is regularly selected for inclusion in Chambers USA: America’s Leading Lawyers for Business, The International and California editions of Who’s Who of Business Lawyers and in the Southern California Super Lawyers Edition. Ms. Loke Walsh’s authorship of several articles was commended as having drawn “a great deal of praise” and was referred to as a “[b]rilliant attorney” with a “sharp intellect” in the California Edition of Who’s Who of Corporate Immigration Lawyers. In that same publication, she was described as being “particularly good for state department issues” and “fabulous for visa work.” Moreover, according to Chambers USA, Ms. Loke Walsh’s “practice incorporates the whole gamut of immigration law” and “wins clients plaudits for her business insight,” noting that she is “terrific at boiling down information to the essentials” and applauding her “broad practice,” and “considerable expertise.”

Ms. Loke Walsh is a contributing author to the Lexis-Nexis Immigration Law and Procedure treatise.  She has also spoken on a variety of topics at numerous immigration conferences including the AILA national and regional conferences, as well as at several NAFSA conferences and local bar associations.