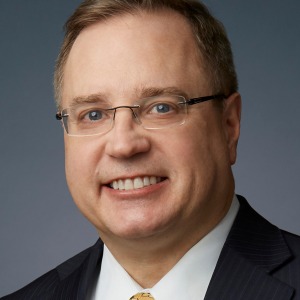 Thomas J. Wimbiscus, a shareholder with McAndrews, has more than thirty years of experience and practices in all areas of intellectual property litigation, with a special emphasis on patent and trademark litigation. He has appeared in over 100 litigations and over 100 inter partes reviews (IPRs). He was named one of the 10 most active IPR practitioners in the U.S. for patent owners. (Patexia 2018.)

Tom was named as one of the world’s leading patent professionals by IAM Patent 1000 in 2018, 2019, and 2020. IAM calls Tom one of the “star quarterbacks” in McAndrew’s “flourishing post-grant practice.” IAM also notes “his more than three decades of frontline litigation experience and limitless post-grant expertise” and that his “many years of success in litigating IP cases in the U.S. courts, the U.S. International Trade Commission, and the PTAB have led clients to trust him with their most important IP disputes.” Tom has also been inducted as a Senior Fellow of the Litigation Counsel of America (LCA). The LCA is a trial lawyer honorary society composed of less than one-half of one percent of American attorneys based on effectiveness and accomplishments in both litigation and trial work. He is also a member of LCA’s Trial Law Institute and Diversity Law Institute. He was named one of the Top 500 Leading Lawyers Across the Globe by Intercontinental Finance & Law in 2016 and one of the Top 100 Lawyers for 2016/17 by LegalComprehensive.com. Tom was also named as “recommended” intellectual property (patent) counsel by an independent, global survey conducted by Practical Law Company (PLC Global Counsel 3000, Choose Your Counsel Wisely). In addition, Tom was named as a prominent practitioner by the Practical Law Company in PLC’s Cross-Border IP in Business Transactions Handbook. From 2004 to 2019, he has been recognized as a “Leading Lawyer” (2004 – 2019), an honor awarded to less than five percent of licensed Illinois lawyers.

His litigation successes include numerous multi-million-dollar awards and settlements, as well as patent infringement defense victories before the U.S. International Trade Commission. His experience also encompasses the acquisition and procurement of patents, trademarks and copyrights.

Tom served as co-trial counsel in a four-week jury trial resulting in a patent infringement award of over $80 million with a finding of willful infringement (reversed in part and remanded). He has worked in such diverse technologies as prodrug and other pharmaceutical technologies; semiconductors for cellular telephones, Wi-Fi and GPS technologies; oil refining; polyurethane, surfactant, and other technologies in the chemical arts; alternative fuels (including biodiesel); biotechnologies; and medical devices including implantable cardiac defibrillators, pacemakers, and balloon angioplasty catheters.