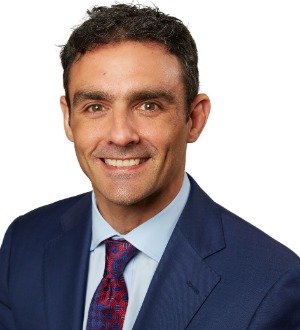 A trial lawyer since 1998, Tom Mulroy joined Salvi, Schostok & Pritchard P.C. in January of 2018. Tom brings a unique perspective to the firm, having extensive experience conducting trials by jury on behalf of defendants in negligence cases. As such, he has inside understanding and mastery of the strategy and tactics used by our opponents. In fact, during his two decades as a defense trial lawyer, Tom never lost a single trial.

He brings that same level of intensity and competitiveness to the firm, and he also brings in-depth knowledge in the fields of general personal liability, medical negligence, and products liability. Tom has been appointed as lead trial lawyer in over a dozen multi-million dollar negligence cases. He also has experience in states across the country litigating cases involving advanced medical device technology and medical software engineering.

Tom attended the University of Illinois at Urbana Champaign and law school at the Loyola School of Law, where he graduated with honors. During law school he worked for the City of Chicago representing the City of Chicago in a variety of personal injury and civil rights matters. He served judicial clerkships for the Hon. Donald J. O’Brien as well as the Hon. William D. Maddux, former Presiding Judge of Cook County.

Tom is an adjunct professor at the Loyola School of Law, teaching advanced pre-trial litigation. He has given multiple presentations to lawyers on topics such as preparing witnesses, how to cross examine experts, and how to prepare complex cases for trial.

Every year since 2008, Tom has been selected by his peers for inclusion in “The Best Lawyers in America®” for Commercial Litigation. In 2006, he was selected by his peers and named by the Law Bulletin Publishing Company as one of the top “40 Illinois Attorneys Under Forty.” Additionally, he was recognized as a “Rising Star” by Illinois Super Lawyers magazine in 2008. He is an active member and lecturer for the Chicago Bar Association.

In his spare time, Tom is a blues and jazz guitar player. He is also an advanced practitioner and competitor in martial arts, and holds the rank of brown belt in Brazilian Jiu Jitsu.