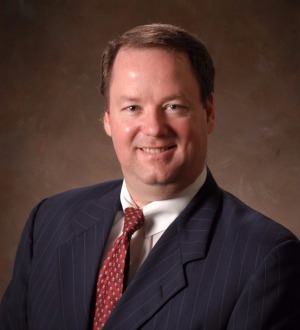 Recognized by Best Lawyers® since 2017.
1319 Twenty-Sixth Avenue Gulfport, Mississippi 39501
(228) 864-1060
|
tcarpenter@carrallison.com
Firm: Carr Allison
|  Website
Edit Profile
Edit Your Profile
To edit your Lawyer Directory information, please login to your
Best Lawyers® Admin Account.
If you have any questions or need assistance, please contact us at info@bestlawyers.com or 803.648.0300.
Overview
Firm

Thomas L. Carpenter graduated from the University of North Carolina at Chapel Hill in 1986 and obtained his JD, magna cum laude, from the University of Mississippi School of Law in 1994.  After clerking with Presiding Justice Lenore Prather of the Mississippi Supreme Court, he worked in two firms focusing on insurance interpretation and insurance defense.  Mr. Carpenter was then hired as general counsel for a Mississippi automobile insurance company focusing on bad faith claims and reviewing claims handling procedures to minimize the opportunity for bad faith claims to arise.  At Carr Allison, Mr. Carpenter’s practice focuses on insurance interpretation, bad faith underwriting and claims handling issues.

Mr. Carpenter founded and has been a president of the Russell, Blass, Walker Chapter of the American Inn of Court, an organization chartered to foster judicial ethics, civility and professionalism.  He also served as president of the Harrison County Bar Association.  In October of 2009, Mr. Carpenter was made a Fellow of the American Bar Association, an organization limited to one-third of one percent of practicing lawyers in Mississippi.  He has also served as a commissioner for the Mississippi Defense Lawyers Association.  Since 2017, Mr. Carpenter has been included in The Best Lawyers in America© in the area of insurance law.

Mr. Carpenter is admitted to and practices before all state courts in Mississippi, up to the Mississippi Supreme Court.  On the federal level, Mr. Carpenter is admitted to and practices before the Northern and Southern Districts of Mississippi, the Fifth Circuit Court of Appeals and the United States Supreme Court.  Mr. Carpenter has served as a lecturer on insurance claims management, ethics in claims and underwriting handling, and how to avoid successful bad faith claims.  Mr. Carpenter has also successfully advised clients regarding admiralty matters and handled admiralty cases in local federal courts.