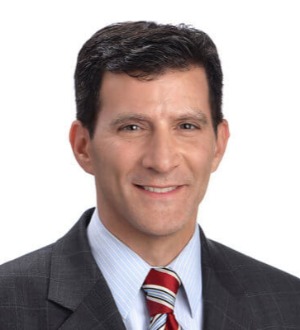 Tom Mortati joined Martin, Harding and Mazzotti, LLP in the Fall of 2017 and brought with him 26 years of defense litigation and trial experience.  He quickly made his mark at MHM when in June 2018 he obtained what was reported to be the first plaintiff jury verdict in Rensselaer County Supreme Court in over five years with the jury awarding more than three times what the insurance company offered.  In August, 2019 he obtained a record $7.436 million verdict in St. Lawrence County Supreme Court for a medical malpractice case involving a laparoscopic cholecystectomy (gall bladder removal). This was also reported to be one of the largest verdicts in the nation for such a case.  The jury award was nearly ten times what the insurance company offered.

Tom graduated from Fordham University in 1988 and Albany Law School in 1991 where he served as Associate Editor on the Albany Law School Journal of Science and Technology. Tom began his legal career in New York City as an associate with a large, multinational firm before moving to the Albany area permanently in 1993. He was a partner in a personal injury defense firm for 20 years handling high exposure cases in the fields of medical malpractice, law enforcement, construction and products liability, among many others, and litigated cases in both state and federal court before joining the MHM team. Tom has tried numerous cases in courts in over 20 counties in New York from Brooklyn to the Canadian border as well as in Connecticut. He was prominently featured on a two hour Dateline NBC special (“The Accused”) that aired in 2016 and again in 2017 and he was also featured in an episode of Deadline Crime with Tamron Hall (“Home Alone”) that aired in 2017 on Investigation Discovery Channel and he was also featured in a two part HBO documentary that aired in 2019 (“Who Killed Garrett Phillips?”), all from his extensive work in a high profile law enforcement/homicide case.  Some of Tom’s deposition work from that case was also featured in a 20/20 episode on ABC (“Rear Window”) that aired in 2016.