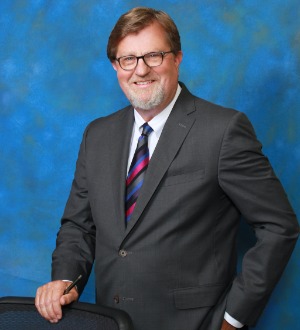 Recognized by Best Lawyers® since 2006.
3975 University Drive, Suite 405 Fairfax, Virginia 22030
(703) 721-4233
|
Firm: Shevlin Smith
|  Website
Edit Profile
Edit Your Profile
To edit your Lawyer Directory information, please login to your
Best Lawyers® Admin Account.
If you have any questions or need assistance, please contact us at info@bestlawyers.com or 803.648.0300.
Overview
Firm

Tom Smith has focused his practice on medical malpractice cases involving serious injury or death for over 30 years.  For 17 years he has defended doctors and hospitals on behalf of insurance companies, but since 1996 Tom's practice has been dedicated exclusively to representing patients and their families who have been injured or killed due to doctor or hospital errors.  Tom has received many honors recognizing his skill and ability in trial litigation.  He is an AV-rated lawyer by Martindale Hubbell, the highest rating by peers possible for professional and ethical standards.

More important to Tom than these honors is the satisfaction he feels when he achieves a successful result for his client.  Obviously, not every case is won, but all are fought with a dedication to the client.