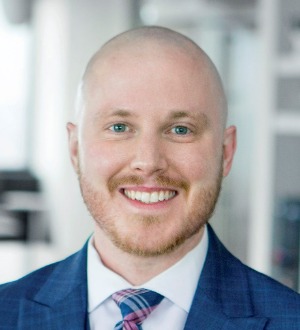 Recognized by Best Lawyers® since 2021.
200 Public Square, Suite 3000 Cleveland, Ohio 44114
(216) 515-1660
|
Firm: Frantz Ward LLP
|  Website
Edit Profile
Edit Your Profile
To edit your Lawyer Directory information, please login to your
Best Lawyers® Admin Account.
If you have any questions or need assistance, please contact us at info@bestlawyers.com or 803.648.0300.
Overview
Firm

Tom represents growing businesses at each stage of their development, and is regularly asked to serve as outside general counsel for his clients. In that role, Tom advises his clients with respect to innumerable legal issues, including regulatory compliance, corporate governance, contract negotiations, risk management, litigation and other day-to-day business issues. He often works with his clients to overcome short-term regulatory and financial uncertainty to achieve long-term success in developing markets.

As a result, Tom is one of the most sought after attorneys serving the Ohio and national cannabis industry, in which he represents licensed operators in medical and adult use markets, ancillary service providers, and companies operating in the hemp industry. He supports clients with everything from license acquisition, zoning and municipal law, to product labeling and packaging and regulatory compliance. Tom has also led some of the largest M&A deals in the Ohio cannabis market, representing both the selling license holders and acquiring entities.

His record of achievement as an expert in one of the most rapidly growing segments in the country has earned him considerable recognition. He has been named to Chambers USA: A Guide to Leading Lawyers in Business in the area of Cannabis Law, is one of the Top 7 Cannabis Attorneys in the U.S. (The Vape Report) and is on The Best Lawyers in America list in the area of Cannabis Law. He has also been named to the Ohio Super Lawyers Rising Stars list. As a result of his national reputation, Tom is an avid contributor to various local and national media outlets and often is asked to share his expertise by speaking at industry conferences and events.

Tom is also Executive Vice President of the Ohio Hemp Industry Association, in which role he has been actively involved in helping regulators draft legislation covering hemp regulation in Ohio, and a former nominee for the State Senate. He knows how important it is to build consensus at the local and State level to further clients' interests.