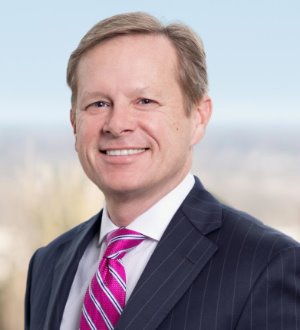 Tom Kleine is a partner in the Real Estate and Finance Department, and serves on the firm’s Executive Committee.  For more than two decades Tom has represented some of the world’s largest corporations on their most complex commercial development and land use issues in the mid-Atlantic.  The Virginia Lawyer’s Weekly, in an article recognizing Tom as one of the  “Leaders in the Law” noted that he has built “one of the leading land use practices in Virginia.”  He served as lead land use counsel to a national retailer in obtaining multi-jurisdictional governmental approvals and entitlements necessary to expand throughout Virginia and Maryland, and for a major market entry into the District of Columbia.  He has also represented one of the world’s foremost technology companies on land use issues associated with certain high profile data center projects in Northern Virginia.  He successfully obtained the rezoning and special use permit approvals for what is currently the largest operating solar facility in the mid-Atlantic, in addition to a variety of discretionary approvals for other large renewable energy projects.  Other projects have included distribution centers, a planned mixed use community owned by one of the nation’s foremost homebuilders, the development of statewide telecommunications infrastructure, an international shipping terminal, asphalt and concrete manufacturing, health care facilities, and a wide variety of other national, regional and local projects.

Earlier in his career, Tom spent nearly a decade on the United States Senate staff, where he was involved in drafting, managing, and negotiating legislation on a broad variety of national and international issues.  As Chief Counsel to one of the standing committees of the Senate (whose membership included a future Vice President, Attorney General, Secretary of State, and Secretary of Defense), Tom managed the Committee’s extensive legislative agenda in addition to handling treaties, nominations for Cabinet and sub-Cabinet level officials, and a variety of constitutional and international legal issues.

Tom is committed to providing pro bono legal assistance to those most in need.  He has served for several years as the Virginia Bar Association’s representative on the Board of the Legal Aid Society of Eastern Virginia.  He has twice received the Troutman Sanders pro bono award, and previously served as Chair of the Troutman Sanders Hampton Roads Office Pro Bono Committee.

What legal services does this lawyer offer?
Land Use and Zoning Law
Awards