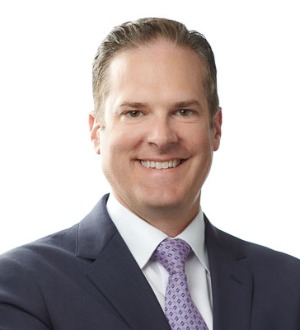 As a Partner in Calfee’s Corporate and Capital Markets practice, Terry Doyle’s practice focuses on counseling public and privately held clients and private equity firms and their portfolio companies with respect to transactional matters, including mergers and acquisitions, equity financings, leveraged buyout transactions and general corporate counseling in a wide range of industries.

Terry also has worked on a variety of mergers and acquisitions transactions and corporate governance matters with public companies such as RPM International, The J. M. Smucker Company, Invacare Corporation and Chart Industries.

Chambers USA Ranked as a Leading Lawyer in Ohio

In 2020, Chambers USA researchers reported that Terry "is held in particularly high regard for his abilities in advising private equity investors on transactional matters, alongside broader corporate work for portfolio companies. Sources commend his 'excellent corporate practice' and report that 'he is skillful and has a broad range of knowledge.'"

In 2019, Chambers USA researchers detailed that Terry “maintains a highly reputed corporate practice with an emphasis on financing and corporate transactions." Clients noted that Terry has "done a consistently fantastic job for us. He's very sharp; I have a lot of confidence in him.”

Further, in 2018, Chambers USA researchers regarded Terry as “a Rising Star; he impresses market sources with his strengths in M&A and financing work, where he acts for an array of corporate clients and wider investors." Chambers noted that clients described Terry as "an extremely bright lawyer who can be counted on for very timely and thoughtful counsel.”