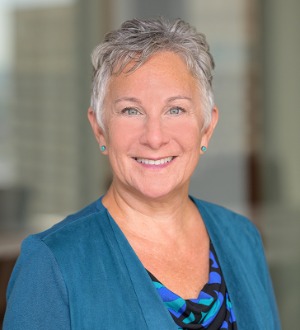 Recognized by Best Lawyers® since 2014.
One Boston Place, 37th Floor Boston, Massachusetts 02108
(617) 367-2500
|
Firm: Davis, Malm & D'Agostine P.C.
|  Website
Edit Profile
Edit Your Profile
To edit your Lawyer Directory information, please login to your
Best Lawyers® Admin Account.
If you have any questions or need assistance, please contact us at info@bestlawyers.com or 803.648.0300.
Overview
Firm

Tamsin is an employment lawyer and business litigator, and serves as outside general counsel to diverse nonprofits and private schools. She has extensive experience representing businesses, executives and other high-level professionals in a full range of employment-related issues from recruitment through termination.   Tamsin frequently conducts workplace investigations, provides trainings on diversity and harassment, and advises employers regarding employee handbooks, employment audits, and workplace policies and practices. She regularly litigates cases involving employment and business disputes federal and state courts and agencies.

Successfully enforced a non-compete agreement against a former high level employee in the medical services industry.

Won a judgment for a company co-founder in a lawsuit arising from the breakup of a business, including breach of contract and non-compete claims.

Defeated a summary judgment motion in the Superior Court Business Litigation Session in a lawsuit involving equity distribution in a biotech start-up.

Successfully defended a medical practice in a breach of contract lawsuit by a physician.

Won a five figure discovery sanction against the opposing party in a Superior Court lawsuit.

Conducted an investigation of allegations against a high level town official.

Obtained a high six figure settlement for a health care executive by commencing arbitration to enforce the good reason termination provision in the client’s employment contract.

Prevailed on a motion to dismiss claims against a non-profit executive in U.S. District Court.