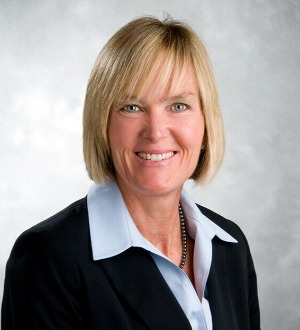 Recognized by Best Lawyers® since 2021.
401 West A Street, Suite 2600 San Diego, California 92101
(619) 236-1551
|
Firm: Higgs Fletcher & Mack LLP
|  Website
Edit Profile
Edit Your Profile
To edit your Lawyer Directory information, please login to your
Best Lawyers® Admin Account.
If you have any questions or need assistance, please contact us at info@bestlawyers.com or 803.648.0300.
Overview
Firm

With over 30 years of experience as a trial lawyer, Ms. Hack primarily handles business disputes, personal injury, premises liability, professional medical and business negligence, and product liability matters. She is also dedicated to meeting the needs of her clients, as well as raising the standard of practice within HFM and the broader San Diego legal community.

Often noted for her considerable enthusiasm for the practice of law, Ms. Hack has practiced at HFM her entire career, joining HFM in 1989 after her admittance to the State Bar of California.  She became one of the Firm’s partners in 1996, and in 2001, she became a part of the Firm’s management when she was appointed as an Executive Partner. In addition, she heads the Firm’s Diversity and Inclusion Committee and the education side of the Firm’s Professional Development Committee.

Ms. Hack has received numerous awards throughout her distinguished career.  She was the 2013 recipient of the prestigious Daniel T. Broderick III Award, awarded by Consumer Attorneys of San Diego.  This award is given to a lawyer in private practice with a substantial body of civil litigation experience, whose word is his or her bond and who epitomizes the highest principles of civility, integrity and professionalism. For civil litigators practicing in San Diego County, this award is viewed as the highest accomplishment one can receive.

In 2002, Ms. Hack was a recipient of the YWCA’s Tribute to Women & Industry (TWIN) Award. Each year since 2007, Ms. Hack has been named a Business Litigation Southern California SuperLawyer®, an honor limited to no more than five percent of attorneys within California.  She is rated “AV Preeminent” by Martindale Hubbell™ — earning the highest possible rating for both Legal Ability and Ethical Standards.

Additionally, in 2011, Ms. Hack was a recipient of one of the San Diego County Bar Association’s annual Community Service awards, in recognition of her Service to Legal Education.  In 2013, Ms. Hack was named a Top Attorney in the area of Transportation by San Diego Magazine and the publication named her as a Top Attorney in the area of Business Litigation in 2020.  She was a recognized as one of San Diego Metropolitan Magazine’s “20 Women Who Impact San Diego,” recognizing outstanding women who contribute to their profession and the community. In 2015, she was named one of the “Top 25 Women in San Diego.”

In addition to practicing law, Ms. Hack is an Adjunct Professor at the University of San Diego School of Law, and has also taught “Negotiations” since 2018.  She has also been an instructor for CEB’s annual courses “Recent Developments in Tort Litigation” and “Use and Abuse of Interrogatories.” She also serves as an arbitrator for the San Diego County Superior Court.

Ms. Hack is past president of the San Diego Inn of Court, and she is also on the Board of Directors of the American Inns of Court (Hon. William B. Enright Inn). She is also a past President of that organization, which works to create an atmosphere of camaraderie among lawyers and judges. Ms. Hack serves as a mentor to new lawyers within HFM, and she mentors law students and new lawyers for the Lawyers Club of San Diego.

In addition to Ms. Hack’s activities in the legal community, she dedicates time to contributing to the community at large. She is a former board member of FAME, which is a non-profit organization dedicated to enhancing the public education/schools in her family’s residential community in many areas, including technology. She has also served on the “Bike-A-Thon” committee for the Magdalena Ecke YMCA. This is an annual 12-hour event and is part of the Magdalena Ecke Y’s Annual Giving Campaign, which raises money for underprivileged children attending summer camp.