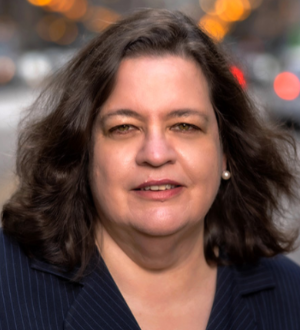 Susan Capra, a partner at Clifford Law Offices, P.C., has spent her entire professional life serving others in times of difficulty and crisis, first as a nurse and currently as an attorney.

Susan knew from an early age, through the example of her parents, that her mission in life was to serve others. After graduating from college with a nursing degree, Susan worked at Children’s Memorial Hospital, now known as Lurie Children’s Hospital of Chicago. The majority of Susan’s nursing career involved caring for infants and children with serious neurological conditions and disabilities. The last two years of her nursing career were spent in the operating room. She earned her J.D. degree from DePaul University in Chicago in 1990.

Susan concentrates her law practice in medical and hospital negligence litigation. Her knowledge and experience in the nursing field serve as a great asset in developing and organizing complex medical cases that have resulted in multi-million dollar awards. More importantly, the listening and empathetic skills Susan practiced as a nurse serve as a source of comfort to her clients as she guides them through the litigation process. Susan’s clients appreciate not only her legal skills but also her dedicated and caring nature still present from practicing as a nurse.

In addition, Ms. Capra handles other types of medical negligence cases. For example, Ms. Capra received a $2.6 million verdict for a 44-year-old man who died after the failure of a doctor to diagnose a pulmonary embolism. It was the largest verdict in the history of Adams County, Illinois. She received a $3.5 million settlement involving the wrongful death of a man who died of a heart attack due to undiagnosed coronary artery disease. She also obtained a $4.25 million settlement on behalf of a 40-year-old mother of two who died due to the negligent care she received during gastric bypass surgery and in the postoperative period. As a highly experienced attorney for medical malpractice, Ms. Capra brings her expertise, as well as her sensitivity as a nurse, to each case.

Ms. Capra is a frequent lecturer on various topics involving medical negligence, and she has authored several articles ranging from the future of hospital peer review to the use of expert witnesses in medical negligence cases and litigation involving cocaine babies. She is recognized as a Leading Lawyer and a Super Lawyer, having been profiled for her outstanding legal accomplishments in very difficult and complex medical malpractice cases.

Ms. Capra has been named by her peers as one of the finest lawyers for medical negligence in Chicago and around the country. She has developed quite a reputation among medical malpractice circles for her tireless behind-the-scenes work and dedication in developing sound negligence cases. Putting in 18-hour days is not uncommon, and she uses her medical background to get into the necessary details of what occurred during a patient’s treatment.

“The most horrible and unimaginable tragedies have happened to our clients,” says Ms. Capra. “It is an honor to be at Clifford Law Offices and I never want to do any other type of law.”