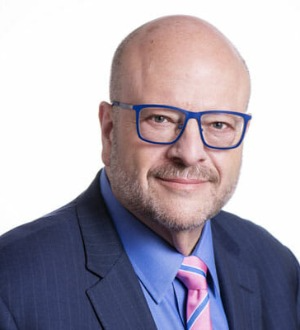 Stuart W. Davidson has represented labor unions and employee benefit plans since graduating from Harvard Law school in 1982. Stuart began his legal career by successfully defending the pension rights of state employees in a case that was ultimately decided by the Pennsylvania Supreme Court.

During Stuart’s legal career, he has been involved in representing a wide range of union workers, including musicians, longshoremen, machinists, steelworkers, firefighters, teamsters, police officers, food and commercial workers and NFL players. His work for both public and private-sector unions includes leading contract negotiations, presenting interest and grievance arbitrations, representing employee benefit funds and advising clients on internal union matters. Stuart has also played key roles in the development of new and progressive benefit structures with the pension and health and welfare plans he represents.

In addition to his work as chief counsel to large regional and local unions along the East and Gulf coasts, Stuart is a frequent lecturer, teacher and author on issues such as ERISA, fiduciary responsibilities, labor law, employment discrimination, OSHA matters, drug and alcohol testing and other labor and employment concerns. He regularly speaks at programs sponsored by the International Foundation of Employee Benefit Plans, and has taught at the Pennsylvania State University Union Leadership Academy, the Pennsylvania State Occupational Safety and Health Institute, the Harvard Trade Union Program and Harvard Business School.

Resident in the firm’s Philadelphia office, Stuart also counsels union members in the Chicago area through the firm’s Of Counsel relationship with Illinois Advocates, LLC. He also is committed to community service. Johns Hopkins University elected him to its board of trustees in 1979. As a trustee, he helped generate private-sector support for the extraordinary work being performed by the University’s School of Hygiene and Public Health by aiding in the establishment of the Advisory Council for Occupational and Environmental Health. He served on that council for nearly a decade. Stuart is a Fellow of the College of Labor and Employment Lawyers and has served as a commissioner of the Delaware River Port Authority. He is currently a member of the International Foundation of Employee Benefit Plans’ Professionals Committee. He recently completed his term as chair of the Pennsylvania Board of Law Examiners, an appointment made by the Supreme Court of Pennsylvania; and currently serves as chairman of the Board of the American Friends of the Yitzhak Rabin Center and on the Board of Advisors for the Workshop School located in Philadelphia.

Stuart has been consistently selected by his peers for inclusion in The Best Lawyers in America® in the fields of Labor and Employment Law (Copyright 2012 by Woodward/White, Inc., of Aiken, S.C.) since 1995. Since 2004, he has also been consistently named a Pennsylvania Super Lawyer by Thomson Reuters, published annually in Philadelphia magazine. Stuart has received the Jewish Labor Committee’s Humanitarian Award.