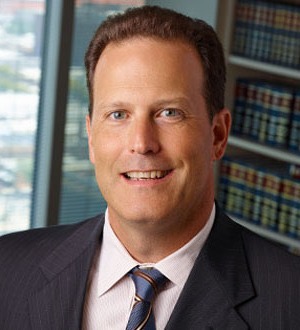 Stuart Scott has been a lawyer with Spangenberg since graduating from Ohio State Law School in 1995. He made partner in 2005.

"I have spent my entire legal career at Spangenberg because it is the unique blend of a prestigious and well- respected trial firm with plentiful resources to prosecute cases, but it is small enough so that I can still have a personal relationship with each of my clients."

FIGHTING FOR THE CONSUMER AND A HEALTHY FREE MARKET

Stuart represents individuals and families who have been catastrophically injured or killed as a result of negligence, medical malpractice, dangerous products or defective drugs.

Since becoming partner, Stu has expanded his practice into Consumer Rights cases. A few examples include class actions on behalf of consumers, unfair bank overdraft fees, diapers that increased skin infection rather than decreasing it as claimed by the manufacturer and breach of warranty against a company that refused to honor its warranty contract for defectively manufactured residential hot water tanks that leaked.

Stuart became passionate about consumer rights issues after his own encounters with unscrupulous businesses and experiencing firsthand the frustration that consumers can feel. He explains that Consumer Class Actions protect both the consumer and the honest business by identifying and punishing the bad business practices that harm the free market system:

"Consumer Class Action lawsuits are an important judicial mechanism for leveling the playing field against businesses that mislead, deceive and otherwise view customers as prey. Class actions play a vital part in our free market check and balance scheme that stop bad businesses from succeeding at the expense of the consumer and those businesses that play by the rules and deal with their customers fairly. Without these cases, dishonest businesses would profit through deception rather than by delivering a superior service or product."

Stuart recently concluded Spangenberg's Vioxx and Bextra litigation and is currently involved with the firm in Yaz/Yasmin/Ocella cases.

"These cases really highlighted the unintended consequences when drug companies spend huge money marketing the benefits of a drug directly to the consumer while minimizing the drugs risks. There can be a strong temptation for drug companies to jeopardize public safety when a huge amount of money is at stake."

Some FDA estimates place the number of Vioxx deaths at 28,000 due to heart attacks and sudden cardiac death. "It is the equivalent of a Boeing 777 crashing every week for two years," Stu says.

Stuart is presently heading the firm's Yaz/Yasmin/Ocella drug litigation. The popular oral contraceptive pill has been linked to steeply higher rates of life-threatening blood clot injuries such as pulmonary embolism, stroke and heart attack than other brands of oral contraceptives.

This case has eerily similar parallels to the Vioxx case in that the manufacturer, Bayer, spent an enormous amount of money marketing the drug directly to young women promising birth control, acne prevention, and a better mood while downplaying its risk.