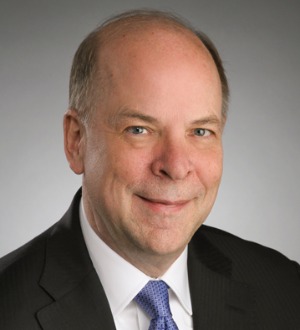 Steve serves on the Firm’s Executive Committee and Board of Directors.  For nearly 30 years, Steve's practice has had its emphasis in the areas of insurance coverage, bad faith, reinsurance, professional liability and complex commercial litigation and trial practice. He has represented insurers at every stage of the process, from claims handling through trial and appeal in state and federal courts across the country, as well as before arbitration panels.  Steve has also served as national and regional counsel for a number of insurance companies in general liability, construction defect, municipal liability, healthcare, environmental, mass tort and bad faith claims. He has diverse jury and bench trial experience, as well as a depth of appellate experience before both state and federal appellate courts.

Steve is a recognized expert in the field of complex insurance disputes.  He has been engaged as an expert on insurance-related topics and speaks regularly at insurance coverage seminars across the country. He has also taught insurance law as an adjunct professor of law.