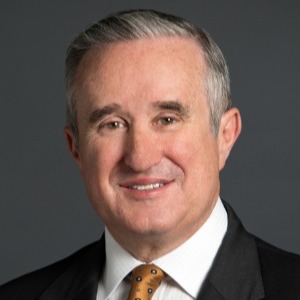 Area of Emphasis
Steve Silverman is a shareholder in the Litigation, Energy and Natural Resources, and Mobility, Transport and Safety groups of Babst Calland. His practice focuses on commercial litigation, with an emphasis on natural gas title and lease disputes and other energy-related cases. He also devotes a significant amount of his practice to the defense and prosecution of theft of trade secret and non-compete suits. Another significant part of Mr. Silverman’s practice involves Information Technology Law, including licenses, data and document management, and labor and employment matters surrounding the information technology industry.

Mr. Silverman also heads up the firm’s E-Discovery group and devotes a portion of his practice to risk management and cost control issues in that area. He frequently advises companies on the creation of litigation hold policies and data preservation and collection practices. Mr. Silverman has been appointed as an E-Discovery Special Master by the United States District Court for the Western District of Pennsylvania and also assisted in the creation of that program by serving on its advisory committee.

Mr. Silverman also regularly serves as a mediator, early neutral evaluator and arbitrator in the United States District Court for the Western District of Pennsylvania.

Mr. Silverman received an AV Preeminent certification rating in a survey of his peers conducted by the Martindale Hubbell Law Directory. He has been listed in The Best Lawyers of America© in the Information Technology Law Section (formerly titled the Cyber Law Section) since 2005 and the Commercial Litigation Section since 2013 by BL Rankings. Mr. Silverman was also recognized as the Best Lawyers® 2015 and 2017 Information Technology Law “Lawyer of the Year” in Pittsburgh, Pa. He was selected to the 2006-2008, 2010 and 2015-2020 Pennsylvania Super Lawyers lists (Thomson Reuters) for Civil Litigation Defense.