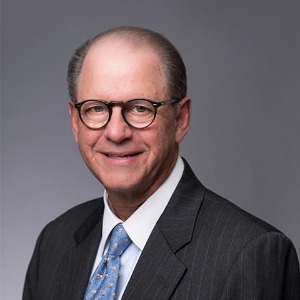 Recognized by Best Lawyers® since 2009.
2001 L Street, NW, Suite 400 Washington, District of Columbia 20036
(202) 429-8970
|
Firm: Lerman Senter PLLC
|  Website
Edit Profile
Edit Your Profile
To edit your Lawyer Directory information, please login to your
Best Lawyers® Admin Account.
If you have any questions or need assistance, please contact us at info@bestlawyers.com or 803.648.0300.
Overview
Firm

Steve Lerman served as Managing Member of Lerman Senter from 2000 to 2017, and is currently Counsel Emeritus. The range of his practice is unrivaled within the Communications Bar. Steve has served as counsel in the acquisition and sale of hundreds of radio and television properties and media companies, involving billions of dollars in value. He was the lead attorney in the purchases of 44 radio stations for Infinity Broadcasting and its eventual merger with CBS. Across his career, he has handled high profile cases involving governmental intrusion into content and other First Amendment-related issues, negotiated employment agreements with on-air talent and media executives from both the corporate and talent/executive perspectives, negotiated numerous sports broadcast rights transactions and program syndication contracts, and handled various labor and equal employment opportunity matters.

Steve served as outside General Counsel of CBS Radio Inc. from 2000-2008, overseeing the legal affairs of 177 major market radio stations. He also represented the flagship TV station in the PBS Network. Additionally, he has served as a member of the Boards of Directors of three major public companies in the radio industry, and on the Audit Committee of one of those companies. For 25 years, he successfully defended Infinity and then CBS in matters related to on-air personality Howard Stern. Steve’s current focus is on the representation of radio and television talent and media executives.

A founding Member of Lerman Senter, Steve helped set the firm on its current course: as an especially responsive, relatively small and specialized firm that provides clients with the highest quality work product, yet at a reasonable price point. Lerman Senter’s representation truly reflects a greater breadth and depth of experience than larger, more expensive firms, which are limited to communications departments within their larger structure. Because of these enduring strengths, complex media companies such as CBS, Viacom, Infinity, Entercom, Cumulus, Beasley Broadcasting, Newscorp, WNET, and many others have chosen Lerman Senter to represent them.

Steve is consistently included in Best Lawyers (2009-2021), selected to the Washington, D.C. Super Lawyers list (2007-2021), and a recipient of the Martindale-Hubbell “AV Preeminent” rating every year since 1984. A long-time leader in the legal community, he dedicates much of his time to diverse philanthropic causes supporting the education, careers, and well being of hundreds of young people and families.

*Please note that the job title of “Counsel Emeritus” identifies a lawyer who is no longer actively practicing law, but whose broad range of experience and legal expertise can be drawn upon by our attorneys.