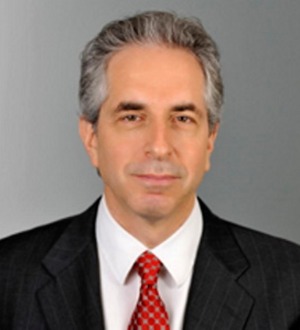 Shareholder Activism Practice Co-Chair Steve Wolosky is a nationally recognized corporate and securities lawyer who counsels clients in the areas of proxy contests and mergers and acquisitions. Steve has been ranked by Chambers USA as a “Leading Lawyer” in Corporate/M&A: Shareholder Activism category.  According to Chambers USA, Steve “receives plaudits from across the market for his leading shareholder activism practice, which is utilized by leading investment partnerships and hedge funds in significant campaigns".

A pioneer in shareholder activism, Steve spearheaded Olshan’s Shareholder Activism Practice more than 30 years ago. Today, he is one of the leading lawyers in the country advising hedge funds and investment partnerships on activist situations in the United States and worldwide. Steve advises on some of the most high-profile activist campaigns year-in, year-out. Steve’s recent representations have included Elliott Management at Twitter, Evergy, AT&T, and SAP; Starboard Value at GCP Applied Technologies, Papa John’s, and MEDNAX; Ancora Advisors and Macellum Advisors at Big Lots; and Engaged Capital at SunOpta. Most notably, Steve led the representation of Starboard Value on its “historic” full board victory at Darden Restaurants and its recent majority board victory at GCP Applied Technologies; H. Partners on its successful, precedent setting withhold campaign at Tempur Sealy; George Feldenkreis, founder and former Executive Chairman of Perry Ellis International, Inc., in his nomination of directors and successful unsolicited acquisition of Perry Ellis; and Elliott Management in its successful settlements at Twitter, eBay and Arconic. In international news-making cases, Steve represented foreign clients who successfully obtained board representation for the first time in Japan, South Korea and Israel. Steve has led over 650 proxy contests for board representation in his career.

Olshan's Shareholder Activism Practice Group is widely recognized as the nation's premier practice in representing activist investors in contested director elections. The Group is consistently ranked as the No. 1 legal advisor to activist investors by every league table and publication that covers shareholder activism, including Bloomberg’s League Tables, the FactSet SharkRepellant Activism Scorecard, Refinitiv Global Shareholder Activism Scorecard, Activist Insight Monthly and The Deal Activism League Table. In 2019, Olshan advised on a record number 105 campaigns according to Activist Insight Monthly. In addition, the Legal 500 United States guide to leading law firms and attorneys has named Olshan’s Shareholder Activism Practice as a Top Tier 1 Leading Firm in M&A/Corporate and Commercial: Shareholder Activism - advice to shareholders for 2019 and 2020.

Steve is regularly quoted as an industry expert in The Wall Street Journal, Reuters, The Deal, Law360, and in other notable media publications discussing important trends in shareholder activism. He also lectures at corporate and securities law conferences, and speaks on distinguished activist panels throughout the country.

Steve has been cited for his preeminence in shareholder activism and corporate and securities.  According to Chambers USA, Steve is “a pioneer in the industry" and maintains an impressive practice representing high-profile activist investors both nationally and internationally.  Legal 500 US has recognized Steve as an elite "Leading Lawyer" in M&A/Corporate and Commercial - Corporate Governance. In Best Lawyers in America, his clients are quoted as saying that "he possesses a deep understanding of both business and legal needs of the client.”  In addition, he is Martindale-Hubbell AV ("Preeminent") rated by his peers and consistently named to the New York Super Lawyers list since 2006.

Steve serves as Chairman of the Federal Law Enforcement Foundation.

Steve received his J.D. from Benjamin N. Cardozo School of Law and holds a B.A. from Brooklyn College of the City University of New York.