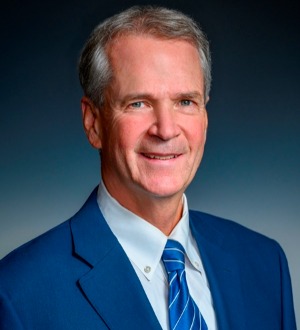 In 1982, after completing his DMD degree, Mr. Woodley joined the then Gray & Ritter firm as a full-time law clerk, assisting primarily in the development of professional negligence cases. After graduation from law school in 1986, he joined the firm as an associate. He became a principal of the firm in 1992.

Mr. Woodley has handled to conclusion several hundred medical negligence cases throughout the state of Missouri. While professional negligence is a primary focus, Mr. Woodley also concentrates his practice on automobile and trucking accidents.

Mr. Woodley is a member of the American Association for Justice and American Society of Legal Advocates.  He has served on the Board of Governors of the Missouri Association of Trial Attorneys, and is a past member of the Executive Committee of the Lawyers Association of St. Louis, as well as numerous other local and national professional organizations.

He has lectured at law, medical and dental schools and to professional societies, primarily on medical and dental negligence. He has given continuing legal education presentations on various topics. He was on the court-appointed committee that developed form interrogatories for medical negligence cases in the City of St. Louis.

Mr. Woodley is a co-author of Missouri Civil Trial Practice publications on voir dire and wrongful death damages. He has also authored and co-authored articles for the Missouri Association of Trial Attorneys.

Mr. Woodley was named the Best Lawyers® 2017 St. Louis Medical Malpractice Law – Plaintiffs “Lawyer of the Year” and is also listed in The Best Lawyers in America for Personal Injury Litigation – Plaintiffs. He is an Associate of the American Board of Trial Advocates and has an AV Peer Review Rating from Martindale-Hubbell Law Directory, which is the highest given. Mr. Woodley has been annually selected to Missouri & Kansas Super Lawyers [among the top 5 percent of lawyers in Missouri and Kansas] since 2005, in the area of Personal Injury Plaintiff-Medical Litigation.