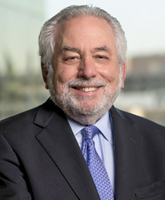 Steve Spivack chairs the Firm's White Collar Practice Group. He specializes in white collar criminal investigation and defense matters, including the conduct of internal investigations. He is a highly experienced white collar attorney having served as a federal prosecutor for many years in the District of Columbia and as a defense lawyer for the last twenty-five years. He has handled a wide variety of complex white collar cases and in 2009, after a ten week trial in federal court in Montana, all charges were dismissed against his client, a Division President of W.R. Grace, in what the EPA had claimed was one of the most important environmental cases ever brought. Steve has represented companies and individuals in a wide variety of white collar criminal, civil and suspension and debarment matters, including those involving such statutes as the Foreign Corrupt Practices Act (FCPA), False Claims Act, Knowing Endangerment Provisions of the Clean Air Act, Bribery, Government Contractor Fraud, Antitrust Violations, and Health Care Fraud. As a federal prosecutor, he prosecuted some of the most important white collar cases in the office, including two ABSCAM cases, and as a supervisor in the office, he oversaw the work of 21 Assistant U.S. Attorneys, including the Pollard spy case.

Steve handles cases across the country and overseas for corporate and individual clients. He has successfully represented a wide range of diverse clients from Fortune 200 Companies and small privately owned companies, Labor Organizations and its officers, CEOs, corporate presidents and other executives, lawyers, accountants, journalists, Executive Branch officials, and local government officials. He has assisted companies in establishing compliance programs and has conducted company in-house seminars on such topics as FCPA compliance and government contractor ethics. He has conducted internal investigations for his corporate clients, handled suspension and debarment matters for them and is experienced in pursuing insurance coverage claims under fidelity loss policies.