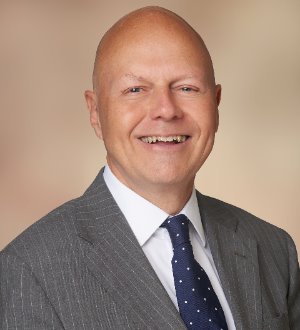 Recognized by Best Lawyers® since 2007.
1185 Avenue of the Americas, 21st Floor New York, New York 10036
(212) 880-3999
|
Firm: McGonigle
|  Website
Edit Profile
Edit Your Profile
To edit your Lawyer Directory information, please login to your
Best Lawyers® Admin Account.
If you have any questions or need assistance, please contact us at info@bestlawyers.com or 803.648.0300.
Overview
Firm

Steve Crimmins defends clients in investigations, litigation, ADR and settlement negotiations involving the Securities and Exchange Commission and other financial services regulators. He also litigates private securities and other commercial cases, leads internal investigations, and counsels on financial regulatory matters. In addition to client representation, he chairs securities bar groups and has testified twice before Congress on SEC-related issues. He writes, speaks on professional panels, and is widely quoted on securities law topics. He is a member of the Murphy & McGonigle offices in both New York and Washington.

Before returning to private practice a decade ago, Steve served for eight years as a senior executive of the SEC’s Enforcement Division. He co-managed a large Trial Unit prosecuting hundreds of jury and non-jury securities cases in federal courts around the country and in SEC administrative proceedings. He also advised on SEC investigations and participated actively in SEC settlement negotiations. He previously served six years as a line SEC trial attorney and continued to litigate and try cases after his promotion to senior SEC management and the federal Senior Executive Service. A native New Yorker, he studied law at Columbia and began his litigation career at a large New York firm.