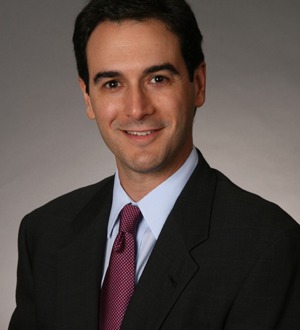 Stephen focuses on complex litigation and appeals. He has tried cases to verdict in state and federal courts and has argued more than 50 appeals.  His practice spans class actions, personal injury, aviation accidents, complex commercial disputes, defamation, professional malpractice, and whistleblower claims. His abilities have been recognized in numerous publications. Benchmark Appellate observed that Stephen “possesses the rare skill set allowing him to excel at both trial and appellate litigation.” Chambers U.S.A. has praised his “extremely creative legal analysis skills” and “sharp intellect,” and ranks him among the top appellate lawyers in the State of Florida.”

In addition to representing victims of abuse, negligence or fraud, Stephen has also been sought out by prominent clients for important litigation, including a sitting judge, elected officials ranging from the re-election campaign of the President of the United States, the Mayor of Miami-Dade County, former professional football players, a large law firm, and several Fortune 500 companies.

Stephen was appointed by the judges of the U.S. Court of Appeals for the Eleventh Circuit as one of only six lawyers in Florida on its Lawyers Advisory Committee on which he served from 2009-2017.  He serves as Co-Chair of the Campaign Committee for Legal Services of Greater Miami, Inc., and has previously served as Chairman of the Board of the South Florida Chapter of the American Constitution Society, and was on the Board of Directors of the Florida Justice Association. He was a member of the Leadership Florida Class of 2007. He has lectured on a wide range of topics, including appellate practice, class action law, legal writing and oral argument, Daubert Standards, Florida’s Unfair and Deceptive Trade Practices Act, and attorney’s fees in wrongful death cases.  He has published work on the law of religious freedom under the First Amendment. He speaks Spanish and has previously worked in Spain and Central America.