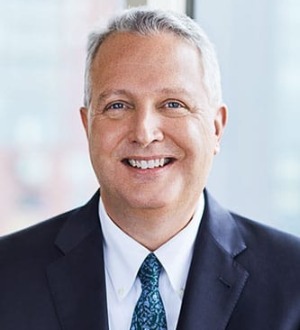 By way of non-exclusive example, Steve represented the defendant bank in both the trial and appellate courts in Grassi Design Group, Inc., et al. v. Bank of America, N.A., et al., 74 Mass. App. Ct. 456, review denied, 454 Mass. 1108 (2009).  In that case, the Massachusetts Appeals Court affirmed the trial court’s entry of summary judgment in favor of the bank in a complex check fraud saga.  The Grassi decision is significant because it marked the first instance in which an appellate court in Massachusetts had ruled on the “same wrongdoer” rule set forth in Uniform Commercial Code (“UCC”) § 4-406(d)(2) -- a key defense to many check fraud claims.  The Appeals Court also made it clear that, in a check fraud case such as Grassi, the bank’s customer bears the burden of proving that the bank did not exercise “ordinary care” as that term is specifically defined in UCC § 3-103(a)(7). Steve also represented the defendant bank in both the U.S. District Court and the U.S. Court of Appeals for the First Circuit in Demelo, et al. v. U.S. Bank National Association, 727 F.3d 117 (1st Cir. 2013).  In that matter, which involved complex allegations of predatory lending and wrongful foreclosure, the First Circuit affirmed the dismissal of the plaintiffs’ claims.  The First Circuit's decision, which turned on he application of the Financial Institutions Reform, Recovery, and Enforcement Act of 1989 ("FIRREA"), establishes binding precedent for federal courts located in Massachusetts, Maine, New Hampshire, Rhode Island, and Puerto Rico.

As a member of Fitch's admiralty and maritime practice group, Steve participated in a conference for international club correspondents in September 2013.Steve has appeared in both state and federal trial and appellate courts in Massachusetts. He has represented clients before the Massachusetts Commission Against Discrimination, and in connection with investigations by the Federal Trade Commission and the Occupational Safety & Health Administration.Steve is the author of Creating a Discovery Plan which appears as Chapter 3 of Massachusetts Discovery Practice (MCLE, Inc. 2002). Portions of that article were re-printed in a leading civil procedure textbook: Subrin, Minow, Brodin and Main, Civil Procedure: Doctrine, Practice, and Context 2nd Ed. (Aspen Publishers, 2004). Steve is also the co-author of Preparing To Take A Deposition, which appears as Chapter 3 of the Massachusetts Deposition Practice Manual, 2nd Ed., 1st Supplement (MCLE, Inc. 2008). He has lectured as a Massachusetts Continuing Legal Education faculty panelist on multiple occasions. Steve is admitted to practice in Massachusetts and the District of Columbia, and is a member of the bars of the United States Court of Appeals for the First Circuit and the United States District Court for the District of Massachusetts. He has near native fluency in French.