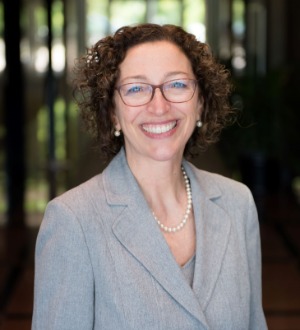 Stephanie C. Smith is a Shareholder in the law firm of Midgett Preti Olansen. Her practice areas include estate planning, estate and trust administration, and business matters. Additionally, Ms. Smith serves as a Commissioner of Accounts for Virginia Beach Circuit Court. In her role as Commissioner of Accounts, Ms. Smith audits accountings and other filings by administrators and executors of estates, trustees of trusts, guardians and conservators for minor children or incapacitated adults, and foreclosure trustees.

After serving as a member of the Board of Directors of Bank @lantec for several years, Ms. Smith joined the Advisory Board of Bank @lantec, a division of Dollar Bank, upon the merger of the two banks in January 2017. She is now serving a three-year term on the Virginia Advisory Board of Dollar Bank.   Ms. Smith has been named as one of the Top Women in the Law in the category of Corporate Governance Law for 2018.

She has also been named to the Virginia Super Lawyers magazine “Super Lawyers” list, limited to no more than 5% of Virginia attorneys, in the category of Business/Corporate each year from 2009 through 2016, and included as a “Best Lawyer” in the Best Lawyers in America publication from 2012 through 2019.

Ms. Smith’s previous law firm, Stephanie C. Smith, PC, was also included in the Best Lawyers in America publication as one of the Best Law Firms in 2014 and 2015. She has been named by Super Lawyers magazine as one of the Top 50 Women Lawyers in Virginia (2013), Top 100 Lawyers in Virginia (2013), Top 25 Women Attorneys in Virginia (2011), and as a Rising Star (2008). Additionally, the Virginia Beach Legal Staff Association chose Ms. Smith as Boss of the Year in 2011. Ms. Smith holds an AV rating by Martindale Hubbell, the highest rating given by the preeminent directory of legal professionals.