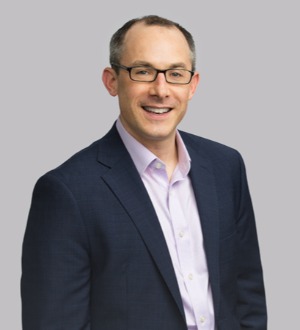 Stefan Schick has been practicing entertainment law for more than 16 years, with a specialty in live theater.

Stefan advises clients on all aspects of creating, developing, financing, producing, co-producing and licensing Broadway, off-Broadway, touring, regional, West End and other overseas live stage productions, from the initial rights deal to opening night and beyond. His clients include film studios, producers, investors, playwrights, bookwriters, composers, lyricists, directors, designers, music publishers and other rights owners, some who are writing or producing their first play or musical and others who are multiple Tony Award winners. His clients have played key roles in such Broadway and West End shows as Charlie and the Chocolate Factory, Finding Neverland, Hamilton, Hedwig and the Angry Inch, Misery, Motown, Pippin, School of Rock and Waitress.

Stefan represents nearly all of the major film studios on their live stage work, and he has developed deep expertise on all issues relating to turning a film, television show, life story or other underlying property into a play or musical. He also has considerable experience with the licensing of pre-existing music for use in so-called “jukebox” musicals, and with the private securities offerings (and related investment documents) that producers use to raise money for their shows.

Stefan also has extensive experience in the production of non-scripted television and digital programming, where he represents both cable networks and prominent production companies. Earlier in his career, Stefan represented clients in the areas of film production, advertising, marketing and promotions, content licensing, and online and financial privacy, and he continues to collaborate with his colleagues in Loeb’s Advanced Media and Technology, Tax, Corporate and Intellectual Property departments on issues requiring their special expertise.

Stefan had the honor and privilege of being able to call the esteemed and beloved theater lawyer Seth Gelblum his mentor and friend for over 16 years.