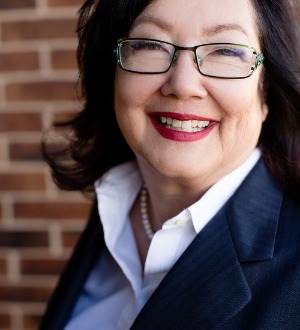 Recognized by Best Lawyers® since 2013.
6305 Waterford Boulevard, Suite 325 Oklahoma City, Oklahoma 73118
(405) 445-7422
|
sharon@rudnickifirm.com
Firm: The Rudnicki Firm
|  Website
Message
Edit Profile
Edit Your Profile
To edit your Lawyer Directory information, please login to your
Best Lawyers® Admin Account.
If you have any questions or need assistance, please contact us at info@bestlawyers.com or 803.648.0300.
Overview
Firm

Practicing law for almost 40 years, Sharon is one of the most experienced appellate attorneys in the state of Oklahoma. She uses her decades of expertise in private practice to advise clients on best practices and legal solutions, produce some of the most respected briefs and legal writing in Oklahoma, and offer opinions on the law based on a career’s worth of expertise.

Sharon enjoys an outstanding reputation in the legal community in Oklahoma. She began practicing law in 1981 at Watson & McKenzie in Oklahoma City where she was an Attorney and Shareholder for eleven years. Following this, she spent over 24 years as a Partner at Hall Estill in Oklahoma City before joining The Rudnicki Firm in the first year it opened as Appellate Counsel.

While she has experience in a vast array of litigation, Sharon has focused her career on the following areas:

Sharon is licensed to practice in Oklahoma and before the U.S. District Courts for the Northern, Eastern and Western Districts of Oklahoma, the U.S. Court of Appeals for the Tenth Circuit, and the United States Supreme Court.

Sharon is a graduate of the University of Oklahoma College of Law where she was a Note Editor on the Law Review and a recipient of the American Jurisprudence Award in Labor Law.

Sharon has been recognized by U.S. News & World Report Best Lawyers® since 2013. Most recently, Sharon is recognized in The Best Lawyers in America© 2022 as Lawyer of the Year for Energy Law in Oklahoma City.