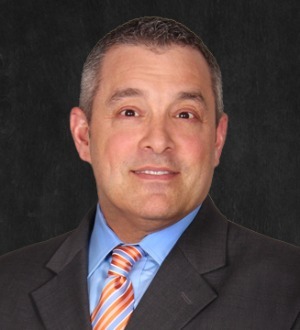 Mr. Katz joined Burg Simpson in September 2005 after six years with the New York law firm of Seeger Weiss LLP, in which he was a partner. Mr. Katz focuses his practice primarily in the areas of complex, pharmaceutical mass tort, and class action litigation including consumer protection, securities fraud, products liability, and commercial litigation. In addition to his varied professional experience, Mr. Katz is a frequent speaker on electronic discovery, class actions, and pharmaceutical litigation. Additionally, Mr. Katz has spoken on New York state franchise law and class action litigation at the invitation of the Greater New York Automobile Dealers Association.

Mr. Katz also served as the chair of the Discovery Committee in the In re Yasmin and Yaz (Drospirenone) Marketing, Sales Practices, and Products Liability Litigation (MDL 2100) pending in the Southern District of Illinois, before the Honorable David R. Herndon.  In August 2015, Judge Herndon appointed Mr. Katz to the Negotiating Plaintiffs’ Committee as part of the team that negotiated a global settlement with Bayer of the arterial injury cases.  Mr. Katz has also served as one of the Co-Chairs of the Discovery Committee in the In re Gadolinium Based Contrast Agent Products Liability Litigation (MDL 1909), pending in the Northern District of Ohio.  Mr. Katz was appointed to the Plaintiffs’ Steering Committee by Justice Helen Freedman for the ReNu with MoistureLoc litigation pending in New York State Supreme Court.  Mr. Katz was one of the lead attorneys prosecuting the In re Ortho Evra Products Liability Litigation (MDL 1742) on behalf of women who suffered serious adverse events as a result of the use of the Patch, where he held a leadership role in conducting discovery.  At the 2006 AAJ Annual Convention in Seattle, Mr. Katz was elected as Co-Chair of the Ortho Evra AAJ Litigation Group.  While Mr. Katz was at Seeger Weiss, he served as co-chair of the law and briefing committee in the In re Neurontin Marketing and Sales Practices Litigation (MDL No. 1629), pending before the Hon. Patti Saris, in the District of Massachusetts.  Additionally, Mr. Katz represents or has represented those injured by Testosterone Replacement Therapies, Power Morcellators used during laparoscopic uterine surgery, Pradaxa, Xarelto, Actos, Invokana, Gadolinium Based Contrast Agents, YAZ/Yasmin/Ocella birth control pill, Zimmer Durom Cup artificial hips, DePuy ASR and Pinnacle artificial hips, Wright Medical artificial hips, Biomet artificial hips, Vioxx, Zyprexa, the Ortho Evra birth control patch, Bausch & Lomb’s ReNu with MoistureLoc contact lens solution, AMO’s Complete MoisturePLUS contact lens solution, Zicam nasal gel, Bextra, Celebrex, Propulsid, Rezulin, Baycol, PPA, Ephedra, Trileptal and Guidant and Medtronic defibrillators as well as other drugs and devices.

Mr. Katz served as Liaison Counsel to the court in a nationwide class action pending in the United States District Court for the District of Colorado against Western Union stemming from Western Union’s practice as it relates to unclaimed funds and failing to provide notice to customers that the funds they wired could not be delivered and failing to adequately return the funds to the sender in a timely fashion.  A class settlement was reached and approved by the District Court in 2013 and was implemented in 2016 after appeal by an objector.  During his time at Seeger Weiss, Mr. Katz and Seeger Weiss also served as lead counsel in Manavazian v. ATEC Group, Inc., a securities fraud class action, which resulted in a significant settlement for the class, as well as serving as counsel in several other consumer fraud cases against some of the nation’s largest companies such as Apple, IBM, Firestone Tires, Progressive Insurance Company, Allstate, State Farm, and Panasonic.  In 2004, Mr. Katz was one of the lawyers who tried a class action to jury verdict against Allstate Insurance Company due to its failure to fully compensate its policyholders in accordance with the terms of its policy in St. Clair County, Illinois (Sims v. Allstate, 99-1-393-A).

Prior to joining Seeger Weiss, Mr. Katz was an Associate at Loeb & Loeb LLP in New York City. There he represented clients ranging from Fortune 500 companies and banking institutions to individuals in a wide variety of complex litigation and pre-litigation matters. Mr. Katz was part of a small group of lawyers that often performed internal investigations in order to design or modify corporate compliance policies on behalf of Loeb & Loeb’s clients. Mr. Katz was also part of Loeb & Loeb’s white-collar criminal practice where he represented clients in a variety of different securities fraud and money laundering matters.  He represented a Fortune 500 company in a governmental investigation of the allegedly illegal transfer of missile technology to China.