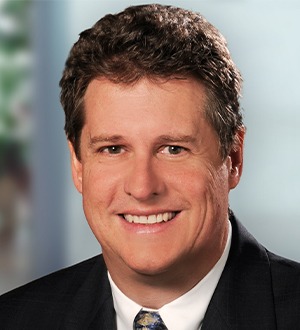 Recognized by Best Lawyers® since 2011.
1401 Lawrence Street, Suite 2300 Denver, Colorado 80202
(303) 572-9300
|
Firm: Polsinelli PC
|  Website
Edit Profile
Edit Your Profile
To edit your Lawyer Directory information, please login to your
Best Lawyers® Admin Account.
If you have any questions or need assistance, please contact us at info@bestlawyers.com or 803.648.0300.
Overview
Firm

Mr. Gallagher also assists his clients in implementing proactive employment policies that minimize the risk of litigation. When necessary, however, he represents employers in litigation involving non-compete agreements, employment discrimination, civil rights violations, Sarbanes-Oxley violations, retaliatory discharge, breach of contract, ERISA violations and libel/slander. He also has extensive experience with negotiating and litigating executive employment agreements, representing both executives and employers. Mr. Gallagher is one of the founding editors of The Practitioner's Guide to Colorado Employment Law, the state’s definitive treatise on employment law since 1999.

Mr. Gallagher has also handled a broad spectrum of public policy, constitutional, and election matters, including several First Amendment cases of national significance. He successfully represented two U.S. Secret Service agents in the Supreme Court of the United States in Reichle v. Howards, 566 U.S. ___ (2012), where he obtained a unanimous decision on behalf of his clients in a case involving the scope of civil liability of Secret Service agents protecting the President and Vice-President. He successfully represented a member of the President’s advance team in a case involving alleged viewpoint discrimination by the White House (Weise v. Casper, 593 F.3d 1163, cert. denied 131 S.Ct. 7 (2010)). He represented the telemarketing industry in a constitutional challenge to the FTC and FCC’s Do Not Call registry (Mainstream Marketing Svcs. v. FTC, 359 F.3d 1228 (10th Cir. 2004) as well as a state university in a First Amendment retaliatory termination case (Kemp. v. State Bd. of Agriculture, 803 P.2d 498 (Colo. 1990). Mr. Gallagher has also represented the governor of Colorado in the state's congressional redistricting litigation, a U.S. Congressman in a congressional election recount and three presidential campaigns.

As an adjunct to his litigation practice, Mr. Gallagher has nationally recognized experience in the field of electronic discovery. He is a member of The Sedona Conference’s Working Group on Best Practices for Electronic Document Retention and Production, and helped lead a team which drafted the conference’s commentary on “Proportionality in the e-Discovery Process.” He has lectured extensively on electronic discovery matters.

Prior to joining Polsinelli Shughart, Mr. Gallagher was a partner in the international law firms Hogan & Hartson and Hogan Lovells. He is a frequent lecturer on litigation related topics, having taught at more than 130 training programs in the last ten years.  Mr. Gallagher taught for several years at the University of Denver's Sturm College of Law.  He was appointed by the Governor of Colorado in 2000 to a six-year term on the Colorado Supreme Court Nominating Commission, which fills the vacancies on the Colorado Supreme Court and the Court of Appeals, and served on the governor’s Year 2000 Task Force to insure Y2K readiness.  Mr. Gallagher presently serves on the boards of directors of Junior Achievement-Rocky Mountain, Inc., Rocky Mountain Human Services, and the Faculty of Federal Advocates.
What legal services does this lawyer offer?
Commercial Litigation
Litigation - Labor and Employment
Contact Details and Office Locations
Office: (303) 572-9300
1401 Lawrence Street, Suite 2300
Denver, Colorado 80202
Denver, Colorado 80202
See Location