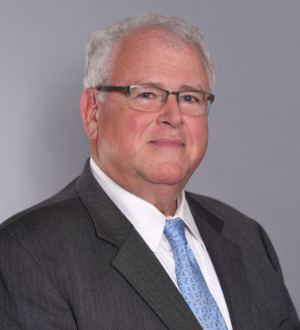 Senior Partner Sean F.X. Dugan’s proficiency in the law and persuasive oratory skills are exemplary, but it’s his keen understanding of the psychological dynamics of the jury decision-making process that makes him an extraordinarily effective defense attorney. Many of Sean’s most difficult cases involve catastrophic injuries and bereaved family members, and he is particularly adept at presenting a defense that carefully navigates this emotionally fraught terrain while keeping the jury focused on the larger picture. This talent is exemplified by a favorable verdict he recently obtained from a jury in a complex and sensitive case—the same jury that had displayed tears of compassion for the plaintiff during the trial. Sean’s 42+ years of civil trial experience include:

• Defending, on behalf of a publicly traded provider corporation, all dialysis cases filed against it in New York State.

Sean has attained more recognition than is possible to list here. Notably, he is a member and past President of the N.Y.C. Chapter of the American Board of Trial Advocates, and a member of the Association for Healthcare Risk Management of New York. He is certified as a Civil Trial Advocate by the National Board of Trial Advocacy and as a Charter Fellow by the Litigation Counsel of America. He is listed in Marquis Who’s Who in American Law and is rated AV Preeminent® by Martindale-Hubbell®, their highest rating. Sean has been selected to The Best Lawyers in America© since 2019 for Medical Malpractice Law – Defendants, and received a Lifetime Achievement award from America’s Top 100 Attorneys.

Sean has published in several peer reviewed medical and scientific journals, including New York State Journal of Medicine, and For the Defense™. He is frequently asked to make presentations to various departments within client medical institutions concerning a wide range of topics, and he is a sought after lecturer to surgeons, hospital administrators, claims personnel, attorneys and other professionals in a variety of settings, meetings and seminars.

American Board of Trial Advocates