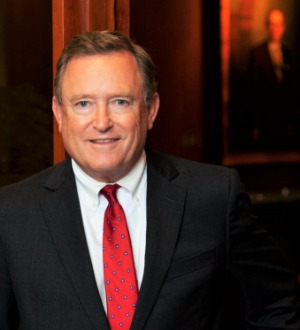 Mr. Sullivan is a court certified mediator in both state and federal courts and is a federal mediator for the Western Division of the Northern District of Illinois. He has participated in a wide variety of arbitrations and mediations of commercial, unfair competition, contract and business tort disputes.

Mr. Sullivan is an honors graduate of the University of Notre Dame and its law school.  Most recently he was selected by his peers for inclusion in The Best Lawyers in America© 2015 - 2019 in the field of commercial litigation. Other honors include induction in 2011 as a Fellow of the Litigation Counsel of America, a trial lawyer honorary society whose membership is limited to less than one-half of one percent of American lawyers. In 2010, he was profiled in the Business Edition of Leading Lawyers Magazine, as one of the “Top Business Lawyers in Illinois.” He has also been selected by his peers for inclusion in the Leading Lawyers Network (2004-2019), a distinction awarded to only the top five percent of all attorneys in Illinois. He has also been selected as an Illinois Super Lawyer (2005-2019) by Law & Politics in the area of commercial litigation and corporate law and has received an AV Peer Review Rating from Martindale-Hubbell®, its highest rating for attorneys for ethics and legal ability.

In 2012, Mr. Sullivan was honored by the Rockford Chamber of Commerce as one of 20 People You Should Know. The honorees were chosen for their civic, economic and cultural contributions to the Rockford area. He was also honored in 2012 by being inducted into the Irish Legal 100 by the New York based Irish Voice newspaper and Irish America magazine. Mr. Sullivan and the other honorees were recognized at a reception and awards ceremony at the Irish Embassy in Washington, D.C. hosted by Irish Ambassador.

Mr. Sullivan is a member of the executive committee of the Notre Dame Law Association, the Alumni Board of the Notre Dame Law School. He is also an active volunteer in his community having served on the Boards of Directors of the Natural Land Institute, Rockford Symphony Orchestra and the Smith Charitable Foundation. He is a member of the trial bar of the Federal District Court, Northern and Central Districts of Illinois and is admitted to practice before the United States Court of Appeals, Seventh Circuit and the United States Supreme Court