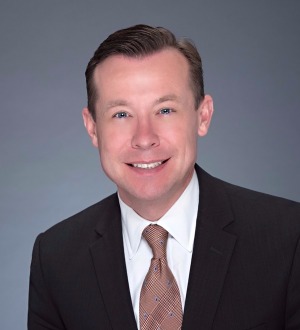 Recognized by Best Lawyers® since 2018.
212 South Cedar Street Florence, Alabama 35630
(256) 718-6040
|
rbrake@carrallison.com
Firm: Carr Allison
|  Website
Edit Profile
Edit Your Profile
To edit your Lawyer Directory information, please login to your
Best Lawyers® Admin Account.
If you have any questions or need assistance, please contact us at info@bestlawyers.com or 803.648.0300.
Overview
Firm

Ryan holds an AV-rating from Martindale-Hubbell and was included on the Mid-South Super Lawyers® Rising Stars list in 2011 and 2013.  He is a member of the Alabama Bar Association and the Lauderdale County Bar Association, where he previously served as president.  He served on the Board of Directors of the Alabama Defense Lawyers Association from 2011 through 2014 and was a member of Class I of the Alabama State Bar Leadership Forum.  Ryan was recently selected for inclusion in The Best Lawyers in America© 2018 in the areas of insurance and employment law.

When he isn’t working, Ryan loves spending time with his three children.