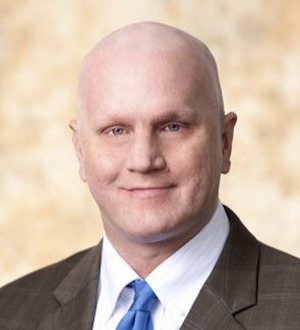 Ron is a partner in the firm’s Labor & Employment Practice Group. In his practice, he represents management in all aspects of labor and employment law, including representing clients in class and individual plaintiff litigation before federal and state courts, in arbitration, and before administrative tribunals.

He regularly advises and represents clients regarding issues under the Fair Labor Standards Act, Title VII of the Civil Rights Act of 1964, Titles I and III of the Americans with Disabilities Act, the National Labor Relations Act, the Family and Medical Leave Act, the WARN Act, the Age Discrimination in Employment Act, USERRA, and various other federal and state statutes and regulations.

He represents employers in investigations by and in litigation against OSHA, the NLRB, and the Wage and Hour Division of the Department of Labor. He advises companies undergoing union campaigns and dealing with union representatives. During recent years, he has defended employers in countless collective and individual FLSA overtime cases.

Ron has conducted seminar presentations on a variety of labor and employment law topics for industry groups, Bar sections, local employer organizations, and clients. He regularly conducts training for managers and supervisors on labor and employment issues. He was named a Rising Star in 2010 by Alabama Super Lawyers. He is a member of the Alabama, Birmingham, and American Bar Association. Ron serves on the Executive Committee of the Labor & Employment Section of the Alabama State Bar.

Ron received his B.S. in Commerce in 1999 from the University of Virginia and his J.D. in 2002 from Duke University School of Law. During law school, he served on the Editorial Board of the Duke Law Journal.