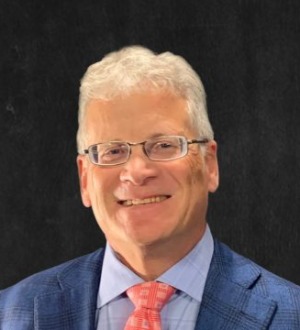 Mr. Sandgrund also lectures to the public and teaches continuing legal education and graduate courses on insurance, construction, and civil liability matters. He is an adjunct professor at the University of Colorado School of Law, where he teaches Philosophy of Entrepreneurship, and lectures on contracts, torts, professional responsibility, trial advocacy, and consumer rights. He has written many articles on these same subjects, as well as new lawyer practice guidelines and topical essays for The Colorado Lawyer and the Denver Bar Association’s The Docket. Mr. Sandgrund co-authored with Valerie Sullan and Leslie Tuft Residential Construction Law in Colorado, first published in 2005 and updated every two years. This book received the 2011 National Award of Professional Excellence from the Association for Continuing Legal Education. He co-wrote a chapter on residential construction in the multi-volume treatise The Practitioner’s Guide to Colorado Construction Law (Robert Benson, ed.), first published in 1999 and updated bi-annually. Mr. Sandgrund also co-authored with Valerie Sullan and Leslie Tuft “Class Counsel’s Professional Responsibilities,” a chapter included in the legal ethics treatise Lawyers’ Professional Liability in Colorado: Preventing Legal Malpractice and Disciplinary Actions (Michael Mihm, ed.), which is updated annually.

Mr. Sandgrund has served on Colorado Bar Association committees regarding inter-professional relations, court reform, and employment law. He was a member of The Colorado Lawyer’s bar journal advisory board from 2011-2017,  and was appointed in 2013 to the Colorado Supreme Court’s Committee on Civil Jury Instructions. He testifies frequently on behalf of homeowners before Colorado’s legislature, and he has participated significantly in drafting laws affecting homeowner interests, including Colorado’s Construction Defect Action Reform Act, Homeowner Protection Act and Construction Professional Liability Insurance Act. In 2010, Mr. Sandgrund testified before the Colorado legislature as an expert on construction defect insurance coverage issues in connection with the passage of House Bill 10-1394, a law he helped write and which extends insurance coverage to Colorado homeowners for construction defect damages. Mr. Sandgrund has worked as an expert witness regarding insurance policy compilation and interpretation, and insurance claims handling practices and standards; the reasonableness of class counsel attorney fees and costs; and, a construction litigator’s standard of care.

Mr. Sandgrund jointly wrote “When the Developer Controls the Homeowner Association Board: The Benevolent Dictator?”, a seminal article concerning multi-family development liability published in January 2003, The Colorado Lawyer, a Colorado law journal. Journal articles written or co-written by Mr. Sandgrund were selected in 2004-2007, 2009-2013, and 2014-2015 for republication nationwide in Thompson-Reuters’ Legal Handbook for Architects, Engineers and Contractors as reflecting “cutting-edge thinking” in construction litigation.

Mr. Sandgrund served as co-counsel with Valerie Sullan in a class action trial resulting in a verdict on all liability issues presented to the jury, a case believed to be the largest residential home expansive soils case ever tried to a jury, and one of the few class lawsuits ever to reach trial in Colorado. Mr. Sandgrund helped negotiate Colorado’s largest homebuilder construction defect related settlement on behalf of more than 12,300 homeowners, and also reached a $32.5 million settlement on behalf of the owners of more than 12,000 homes with defective and leaking windows.

Mr. Sandgrund was managing partner of the Sullan Sandgrund law firm from 1990 until late 2007, became “Of Counsel” to the firm in October 2007, and continues in that capacity today after Sullan Sandgrund’s merger with Burg Simpson. He remains involved in select legal briefing, appellate work, and insurance coverage matters, as well as developing case strategies. Mr. Sandgrund resides with his wife, Cheryl, in Boulder, where, if he is not attending to his practice, he usually is found on a tennis or racquetball court, or on a hiking, skiing, or mountain biking trail (or in his orthopedic surgeon’s office).