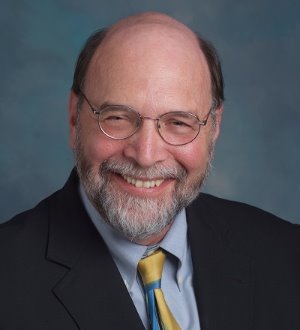 Recognized by Best Lawyers® since 2008.
200-A Monroe Street, Suite 110 Rockville, Maryland 20850
(240) 403-4300
|
rml@landsmanlawgroup.com
Firm: Landsman Law Group
|  Website
Edit Profile
Edit Your Profile
To edit your Lawyer Directory information, please login to your
Best Lawyers® Admin Account.
If you have any questions or need assistance, please contact us at info@bestlawyers.com or 803.648.0300.
Overview
Firm

Years In Practice
Phone Number (240) 403-4300
Ron M. Landsman has been practicing law since 1974, and elder law since 1984, and has held a variety of positions reflecting that experience, including president of the First Maryland Disability Trust, Inc., 2014-2015, which he co-founded with Jason Frank, Esq., and member, Board of Directors, National Academy of Elder Law Attorneys, 2011-2015, of which he is a Fellow and a member of the Council of Advanced Practitioners.

He has played a significant role in advancing the interests and welfare of the elderly and disabled, litigating cases or filing amicus briefs in the Third, Fourth, Eighth and Tenth Circuits (US Courts of Appeal), and in the Supreme Courts of Maryland, D.C., New Jersey and Montana.

He was initiating counsel, working with Cy Smith of Zuckerman, Spaeder, in Smith v. Colmers, a Maryland class action successfully settled that protects Medicaid beneficiaries from liability for old medical bills. As Class Counsel, he continues to monitor state compliance with the court order in that case.

His firm services individuals on Medicaid, guardianship, estate planning and other elder law matters in Montgomery, Frederick and Prince George's County, elsewhere in Maryl;and, and the District of Columbia.

What legal services does this lawyer offer?
Elder Law
Awards